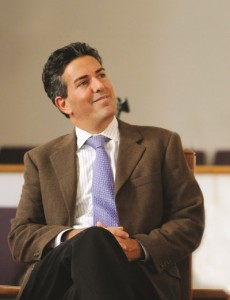 Humane Society of the United States CEO Wayne Pacelle has been playing defense. The Association of Zoos and Aquariums, the largest accrediting body of zoological institutions in the US, invited Pacelle to deliver a keynote address at its annual meeting next month, and the blowback has been significant. One zookeeper with 27 years’ experience  publicly slammed the invitation, saying that not a single zoo staffer he spoke with supported giving Pacelle a platform.

Pacelle has been desperately trying to convince zoo and aquarium directors that he’s not anti-zoo (a tall task, since he is). This week, Pacelle tries to bolster his credentials by asserting he “gave a keynote at a conference hosted by the Detroit Zoo that brought together animal welfare leaders, zoo leaders, and scientists to talk about advancing animal welfare” earlier this year.

That’s not what the event looks like to us. But it is classic Pacelle and his PR machine.

The event was put on by the Detroit Zoo. We’ve written before about the zoo’s CEO, Ron Kagan, who was caught lying on his resume and who calls PETA an ally.

It turns out Kagan’s event was hardly some mainstream animal welfare symposium. The event was invite-only, excluding directors, animal care, and veterinary experts of major institutions from attending.

But who did get an invite? The participant list reveals a long roster of activists:

That’s a whole lot of anti-zoo and animal-rights folks to have at a meeting to—supposedly—benefit zoos. But we don’t think that’s the bigger picture here.

The direction this is all going in is this: The animal rights crowd will go species by species to get animals out of zoos and aquariums, and it has a few allies in the zoo world like dishonest Ron Kagan to help them out.

For zoos, it has already started with getting rid of elephants. Kagan was one of the first to advocate for it back in 2004. From there it will go to great apes and big cats. It will mirror Pacelle’s recent comments about circuses—that even though elephants were gone, circuses “still had tigers and lions and other animals.” (Emphasis added.)

For aquariums, it will start with marine mammals—dolphins, belugas—and go on then to fish. John Racanelli, an attendee at the Detroit meeting and head of the National Aquarium, recently announced he’s “retiring” his aquarium’s dolphins to a seaside enclosure.

Activists only need to get rid of the “charismatic megafauna” to harm zoos. Once the large, graceful animals that captivate the public are gone, it won’t matter if there are still spiders, snakes, and prairie dogs there. Once the most interesting animals are gone, public attendance—and thus public education—will decline, and zoos will lose revenue vital to their conservation efforts. Some will close their doors.

The species-by-species plan is in plain view for those with open eyes. The aforementioned Nonhuman Rights Project has announced its plans to go species by species to give legal “rights” to animals to, among other things, sue people. NhRP has sued in court to “liberate” chimpanzees under habeas corpus. Their stated goal is to expand it to other animals such as whales and dolphins. And HSUS just recently endorsed efforts by PETA to gain legal “personhood” for animals.

Meanwhile, HSUS and others will maintain in the media that zoos and aquariums are harmful to animals. They will attempt to drive down public support for the institutions—and as that happens, they will push legislation to restrict how zoos and aquariums can operate.

Of course they are also deceptively camouflaging themselves as “not anti-zoo”—per Pacelle’s statement above. However, it’s important to remember that Wayne Pacelle made false statements to a US Senate subcommittee. His entire business model at HSUS is built on deception. He’s as trustworthy as the character Littlefinger from Game of Thrones—a man always spinning silky deceits that manipulate people and further his own agenda.

All together, the Detroit symposium shows an alliance of people with a plan to destroy zoos and aquariums as we know them; a plan that involves legal, lobbying, and PR messages. Pacelle’s next turn at bat will be before the AZA annual meeting. He will once again use his appearance to suggest his mainstream credentials as he operates behind the scenes to destroy the institutions he is addressing.