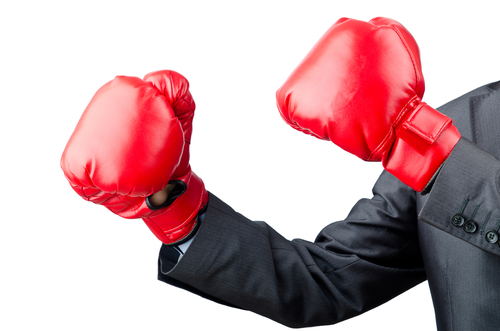 The current CEO of the Humane Society of the United States, Kitty Block, and disgraced former CEO, Wayne Pacelle, recently got into a catfight in the Chicago Tribune. Grab your popcorn.

It started when Steve Chapman, a Tribune columnist, wrote an essay calling for society to forgive Michael Vick’s wrongdoings that landed him in prison for 18 months. The column was spurred by outcry over Vick’s appointment as a captain at this year’s Pro Bowl.

To make his case, Chapman called upon Wayne Pacelle, former CEO of HSUS, who had initially attempted to build public forgiveness for Vick all the way back in 2010–not long after Vick was released from prison.

At the time, Pacelle flacking for Vick was hugely controversial. That’s especially true because HSUS had received a $50,000 “grant” from the Philadelphia Eagles—Vick’s new team after he was released from prison. After HSUS cashed the check, Pacelle told the press that Vick “would do a good job as a pet owner.” Adding to the bad feelings was the fact that HSUS had fund-raised off Vick’s dogs after his arrest, despite the fact that they were never in HSUS’s care and HSUS was, in fact, recommending the dogs be euthanized.

So what causes the current HSUS CEO, Kitty Block, to have her claws out? In his article, Chapman skirted past the sexual harassment and assault accusations faced by Pacelle, which caused his resignation in 2018.

Block addressed the issue of whether or not someone deserves to be forgiven. In a broadside at Pacelle, Block writes: “It is appropriate to ask whether Vick has atoned enough. But as far as we know, Pacelle has not atoned at all. Society gets into trouble when we welcome individuals back into the fold when they have not owned up to their misdeeds or otherwise attempted to address the harm they caused.”

Needing to have the last word, Pacelle hit back. In his response, he chided Block for rehashing his #MeToo incident. Pacelle also tried to pull off an interesting balancing act: denying any accusation but admitting he’s “quite sure” he could have “done better.”

And what, pray tell, could you have done better? Care to specify?

He doesn’t specify, because it’s clear he wants his alleged sexual harassment in the rearview mirror. Pacelle is back trying to build a new fundraising and advocacy platform through Animal Wellness Action and the Center for a Humane Economy.

As for Kitty? Her litter doesn’t exactly smell rosy.

Block left out a key detail about HSUS’s “Reconciliation Process,” which it announced after Pacelle’s resignation. The organization has never fully made public what changes were made, if other disciplinary action was taken, or who knew what and when, among other issues. In addition, accusers are reportedly bound to nondisclosure agreements that keep them from speaking their truth.

If HSUS wants to set a moral example, it can start by coming clean about everything.