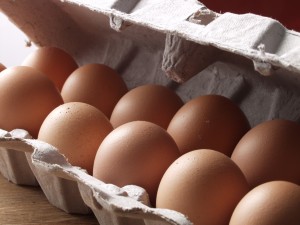 One of the things people hate most about politicians and politics is the rank dishonesty that exists in how they speak—or double-speak—about issues. Look no further than a blog post this week from HSUS CEO and lobbyist Wayne Pacelle.

Pacelle blogged about the Supreme Court’s decision not to hear an appeal from several state attorneys general and a governor who challenged a California law in court. The law, backed by HSUS, bans the sale of regular—that is, conventionally produced—eggs in the state. Most egg-laying hens are housed in cages, and the California law said that farmers in other states would have to use larger cages or no cages if they wanted to sell in California. The AGs thought this was overreach by California. Generally, states can only restrict interstate commerce if there’s a (legitimate) public health or safety issue.

Pacelle’s angle was that these state AGs were violating states’ rights. California, he argued, should be able to set its own standards for eggs allowed to be sold in the state.

Yet at the same time, Pacelle himself lobbied for a federal bill increasing regulations on egg production just a few years ago. The bill would have overridden California’s egg laws. Gee, what about California’s rights? Pacelle couldn’t have cared less, but now that it’s convenient—the federal bill died—he’s singing a different tune.

The California law predictably caused massive spikes in the price of eggs—as it was intended. HSUS doesn’t support eating eggs (or bacon, or any other animal protein), and so it lobbies for laws that will raise the cost of these food items. These laws hurt the poorest members of society the most.

It’s a shame the Supreme Court opted against hearing the case. HSUS’s case relied on claiming that regular eggs are “unsafe,” which is more dishonesty. The US produces nearly 8 billion eggs per month and yet last year the CDC reports tracing eggs to just a handful of illnesses.

We suspect a similar HSUS-backed law in Massachusetts will come under legal challenge. Hopefully the Supreme Court won’t pass the second time around.