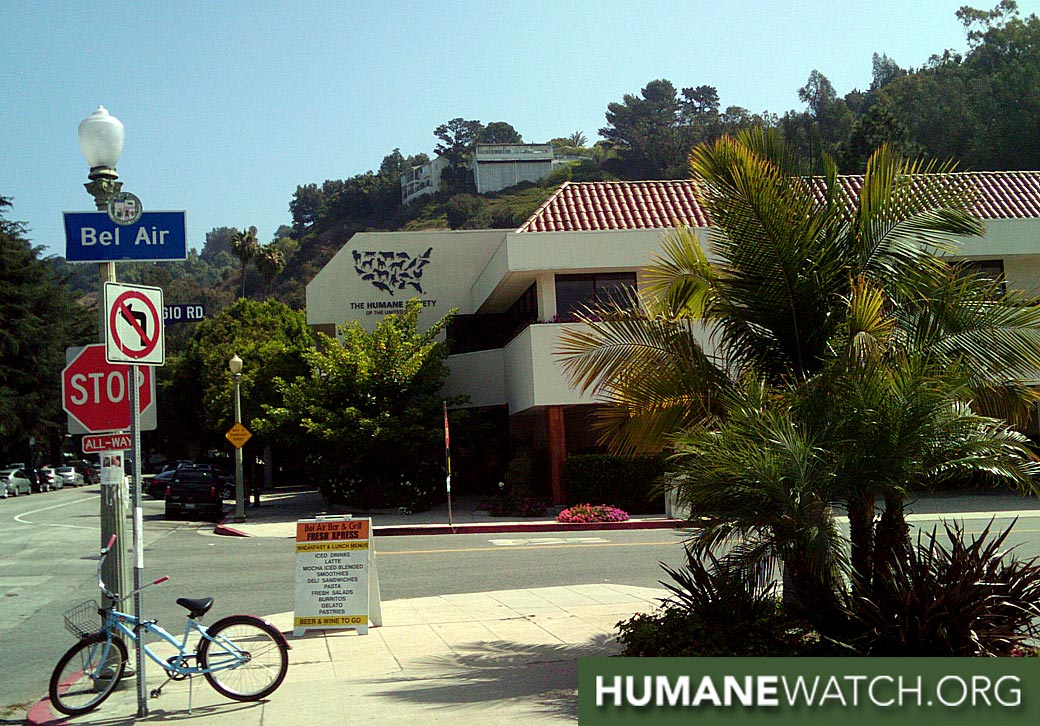 The Humane Society of the United States gives only 1 penny of every dollar it raises to local animal shelters. So where does the money go? A lot of it is wasted on overhead—in short, plowing loads of money into simply raising more money.

Plenty of money is also spent wooing the rich and famous in Hollywood and others who hail from the elite. According to its tax return, events such as glitzy galas ended up running a net loss of $60,000 for HSUS in 2011. But that hasn’t stopped the group from thinking up new ways to hobnob with society’s elites while pet shelters struggle. One such event, “Veg Appetit,” was held at a swanky Los Angeles museum last week.

Considering HSUS’s goal is to get rid of meat, it was no surprise to see an assortment of fake animal products there. Guests could nosh on all sorts of expensive vegan treats, ranging from cashew “cheese” (which sells for about $20 a pound) to fake sausage (a more modest $9/pound) to fare prepared by chefs ($27 for the salmon at one’s restaurant).

There was even vegan “caviar.” We’ve seen it going online for $70 a pound. (That’s practically foie gras rates.) The stuff at the HSUS event, “Cavi-Art,” appears to go for even more—$20 for 100 grams at one retailer, or around $100 a pound. Not as expensive as actual caviar, perhaps, but that’s like saying a Ferrari isn’t as expensive as a Lamborghini.

It’s unclear what the cost of this particular event was, but we imagine the expense of operating HSUS’s posh Beverly Hills office (pictured above), with great responsibilities ranging from hosting cocktail parties to hooking up with hypocrites, is significant. But it’s hard to see how hobnobbing with a handful of celebs and chefs does much other than stroke some egos. It’s certainly not helping those needy dogs and cats in HSUS’s ads.