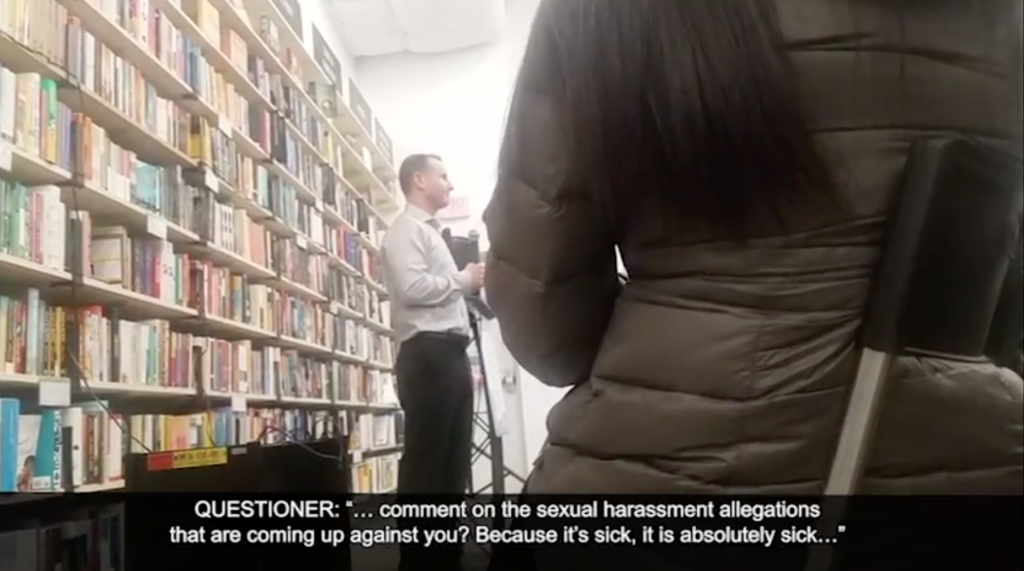 Last night, longtime Humane Society of the United States vice president Paul Shapiro—who left the organization under strangely quiet circumstances at the new year—held a book event in Washington, D.C. It’s interesting to note that none of his former HSUS coworkers seemed to want to attend his D.C. book premier. Maybe it was because this was Shapiro’s first event since allegations against him publicly surfaced over the weekend on social media, accusing him of sexual harassment.

The first accusation came from Carol Adams, a longtime animal rights activist. Then former coworkers of Shapiro chimed in. “I worked with Paul at HSUS for a brief period of time, and was witness to the carnage he visited on numerous women’s lives [and] the cowardice of HSUS management in (not) dealing with it and other allegations,” wrote one.

Is it true? Is Paul Shapiro a sexual harasser? One way to find out is to ask him.

Someone at the event last night did just that:

As you can see, Shapiro refused to deny or even address the allegations. In fact, he seemed prepared to dodge; notice how he immediately tried to talk over the questioner and then deflect the question by promising to address it privately later. (He went back on his word.)

Despite his pathetic plea that he doesn’t want to be “tried by social media,” he was given the opportunity to address the matter and refused to do so.

Feel free to come to your own conclusions.

If you want to ask Paul about it at his next book tour event, contact us at [email protected]. And if you have any more information on Shapiro, we keep strict confidentiality.