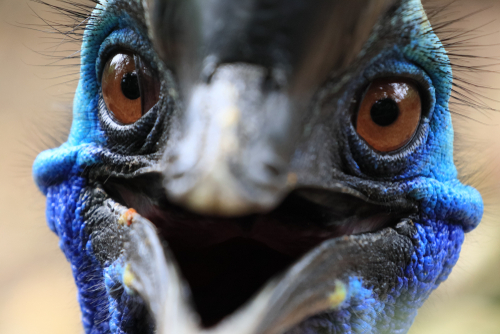 In a move that resembles its more openly extreme counterpart PETA, the Humane Society of the United States used the death of an animal enthusiast to push its political agenda.

This week, national news reported on the untimely death of Marvin Hajos. The 75-year-old Florida man owned and bred cassowaries, a large, flightless bird native to New Zealand and Australia. The media is calling the cassowaries the “world’s most dangerous bird,” although that deserves some context: A cassowary last killed someone in its native Australia in 1926. For a continent with lots of things that will kill you, that’s nothing.

By all accounts, this was an accidental death. But despite the word “humane” being in its name, HSUS showed no humanity in covering the death of Marvin Hajos. The organization put out a press release complaining about the classification of the bird by the state of Florida.

For the record, Florida already requires someone have “significant experience,” and follow other regulations, before they are issued a permit to own a cassowary.

The statement might seem to imply that HSUS is OK with people or zoos owning cassowaries in some circumstances. But Nicole Paquette, the HSUS executive making the statement, is an extremist who is against zoos entirely.

The lack of empathy isn’t unfamiliar to HSUS, which botched the handling of its sexual harassment scandal last year. First, the HSUS board closed an investigation into its (alleged) sexual predator of a CEO, and then offered a half-assed apology following a long “reconciliation” process that was not transparent.

It is unfortunate HSUS used the death of Marvin Hajos to try to further its agenda instead of focusing on the death of a man who according to his fiancé, “died doing what he loved.” But that’s what we’ve come to expect from an organization whose actions betray its name.