This week a letter signed by several dozen Members of Congress—who are members of HSUS’s so-called Animal Protection Caucus—was sent to the House agriculture committee ranking members asking that HSUS-backed provisions be included in the 2018 Farm Bill. The request is quite telling—because it goes to show how little success HSUS has had over the past several years in getting its legislation through on its own.

Despite its propensity to toot its own horn, HSUS has been a specialist in failure when it comes to the halls of Congress. One particular black mark came as HSUS backer Rep. Ed Whitfield was investigated by the House Ethics Committee following allegations that his wife, HSUS lobbyist Connie Harriman-Whitfield, improperly used his office’s resources for her lobbying efforts. The Committee issued a “scathing report” against Whitfield, and he resigned last year. His wife is no longer lobbying for HSUS.

The legislative failures have piled up. Here are some notable ones:

Egg Bill: Introduced in 2011 after HSUS cut a deal with the egg industry’s main trade group, it would have created mandatory requirements for hen housing nationwide. Went down in flames.

SAFE Act. Introduced since 2013, would ban the export of horses to Mexico for slaughter for human consumption—a problem ironically created by HSUS when it pushed to ban horse slaughter domestically 10 years ago in US plants overseen by federal humane-treatment regulations. 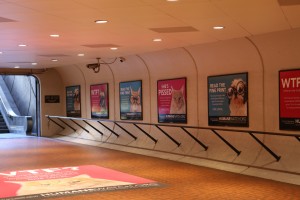 In fact, HSUS has pushed an additional nine animal rights bills (some for multiple years) that have gone nowhere. It’s not clear if they haven’t passed because they are simply inept, or if their reckless style has made HSUS toxic in the halls of Congress. (We have worked to make sure Congressional staffers understand what HSUS is all about with ad campaigns on Capitol Hill such as the one at right.)

Meanwhile, HSUS pushed a Congressional Resolution last year against the dog meat trade in Asia—a lay-up that HSUS still couldn’t get passed. (The main sponsor of the resolution was Rep. Alcee Hastings, who was removed from a judgeship for bribery and perjury. Is he the only guy who would return HSUS’s calls?)

And then there’s the plethora of state bills that HSUS has pushed, many of which do absolutely nothing (like restricting how farms house pigs in Rhode Island—where there are hardly any pigs).

The only bills we can find that HSUS appears to have had a hand in passing was a 2010 law banning pornographic videos that involve killing animals and one banning being a spectator at animal fights—pretty much no-brainer laws.

Tellingly, HSUS’s federal legislation website is so out of date that it still has a call-to-action to Tom Vilsack—who hasn’t been agriculture secretary in over six months. In other words, like most of HSUS’s bills, the web portal is collecting cobwebs.

It’s hard to imagine a bigger waste of money than donating to HSUS’s PAC or legislative fund.

HSUS currently has an employment posting for political director for its legislative arm as well as three public policy positions. Any prospective candidate who does his homework will know it’s a dead-end job.