HSUS Gets Nearly $1 Million from the New George Soros - HumaneWatch 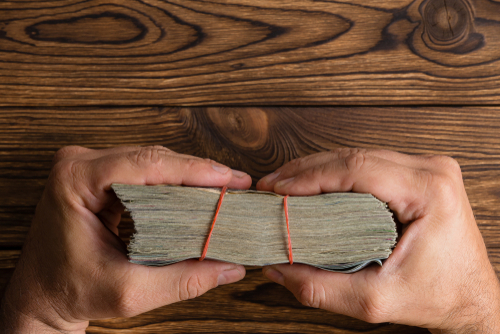 Recently revealed tax documents show that the Humane Society the United States received nearly $1 million in 2017—the most recent publicly available records—from an organization called The Wyss Foundation. The Wyss Foundation is financed by Swiss billionaire Hansjorg Wyss—a controversial figure with a questionable past.

Wyss has gained notoriety for his donations to major liberal candidates and causes, funding a variety of environmental causes and some groups that have been described as “dark money” front groups, drawing comparisons to Hungarian billionaire George Soros, who has played heavily in politics.

The bulk of Wyss’s $5.6 billion fortune was made from his 2012 sale of the company Synthes. Synthes is best known for testing a product without FDA approval that caused 5 deaths. Charges were filed against Wyss in Washington under the state’s racketeering laws for leading a criminal enterprise but escaped indictment.

Wyss was also embroiled in sexual harassment allegations. In 2013, Wyss was accused of increasingly aggressive and sexual behavior by a former employee. The victim’s lawyer has said Wyss has a pattern of carefully grooming and victimizing women.

But hey—given HSUS’s own history of its board providing cover last year for CEO Wayne Pacelle, who was credibly accused of sexual harassment, maybe that’s not a negative.

It’s one more lesson that the Humane Society of the United States isn’t about helping shelter animals in your community, but playing a part in a larger lobbying agenda that people aren’t aware of.