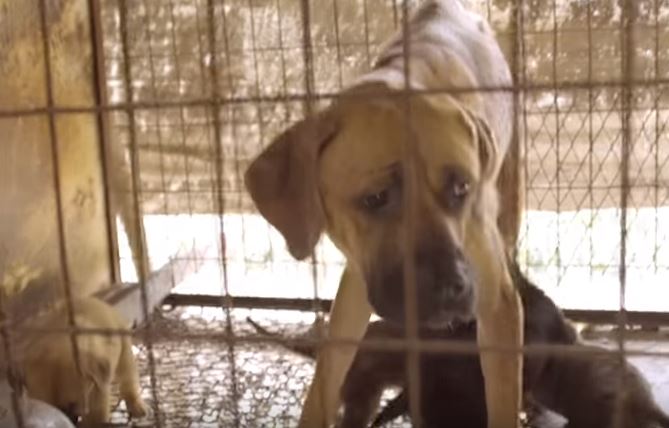 A startling story emerged yesterday out of Los Angeles. The World Dog Alliance, a charity based out of Hong Kong, and a California-based filmmaker are alleging that the Humane Society of the United States ripped them off to the tune of $500,000.

Here’s the backstory: Filmmaker Hiroshi Horiike made the documentary Eating Happiness to expose the practice of dog meat consumption that still occurs in some Asian countries and the abuse that occurs with this trade. The producer of the film is the World Dog Alliance, which contacted HSUS to secure promotion for the film. According to the Alliance, it agreed to donate $1 million to HSUS over two years for promotion and lobbying purposes, and gave half the money earlier this year.

Allegedly, HSUS took the money and didn’t fulfill its part. At all. According to a letter that we obtained a copy of, HSUS was supposed to help fill 10,000 seats at the premier of the documentary. Instead, only 54 people showed up. In fact, we only see two mentions of the movie on HSUS’s website, one of which carries a prominent plea to donate—to HSUS, as if a $1 million grant wasn’t enough. You really can’t make this stuff up.

We haven’t seen HSUS respond to these allegations. But we have seen an email from HSUS CEO Wayne Pacelle promising promotion of the film (along with thanks for being treated to some “wonderful Cognac”), so it would certainly seem that HSUS is in a tough spot, legally speaking.

Hanlon’s Razor states, “Never attribute to malice that which can adequately be explained by stupidity.” Perhaps HSUS staff just dropped the million-dollar ball. But given Pacelle’s record of being involved in an alleged bribery scheme and his complicity in ripping off American donors—well, perhaps malice will explain it, after all.