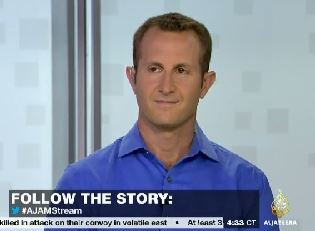 2018 brought in new resolutions. For Paul Shapiro, it might be to find a new job. Until Monday, Shapiro was the Vice President of Policy Engagement at HSUS. Now, all of a sudden, his employment with HSUS has ended, according to his LinkedIn and Twitter profiles.

Paul Shapiro was at HSUS for 13 years. He was a vice president for many years and a public face of the organization, even being inducted into the “Animal Rights Hall of Fame” (yes, there really is such a thing). Yet there has been no public announcement from Shapiro, HSUS, CEO Wayne Pacelle (a big pal of Shapiro’s), or any other HSUS leaders that we can see. You’d think these guys would be full of praise for departing colleagues’ “new adventures” and such.

Anyone with information can reach us at [email protected]. Anonymity guaranteed.