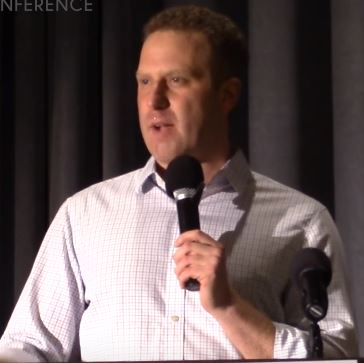 Humane Society of the United States vice president Josh Balk is showing his true colors. We called out Balk earlier this year for saying that his buddy, disgraced former HSUS VP Paul Shapiro, was “a brilliant leader” and “inspiring strategist.” Shapiro resigned in January just before the national news broke that a number of women had accused him—in 2016, when Balk was Shapiro’s underling—of creating a culture of sexual harassment.

That very night of our post, Balk put up a rambling, pat-himself-on-the-back missive on Facebook talking about how he was an ally of sexual harassment victims. And sure enough, some people lapped it up. (Meanwhile, his endorsement of Shapiro is still on Shapiro’s LinkedIn profile.)

Now we learn that Balk is one of a handful of donors to give to Wayne Pacelle’s new political action committee, the former CEO of HSUS who resigned in disgrace earlier this year after credible allegations surfaced that Pacelle sexually harassed staff/interns for years. FEC records show Balk donated $5,000 to Pacelle’s new PAC on June 14.

Clearly, Predator Pacelle and his new PAC have Josh Balk on their shortlist.

Records show that Tetrick was charged with assaulting his mother in 1998. Additionally, Business Insider reported that Tetrick was under suspicion of helping employees who slept with him. A former employee told the publication, “It was all if you were sleeping with him or if you came from money and have influential ties.” Additional allegations are made publicly on Glassdoor.

And what has Josh Balk had to say about all this? We can’t find a single word.

Balk was happy to talk the talk on Facebook about how he’s an ally of harassment victims. But when it comes to siding with them with more than just words, he balks.