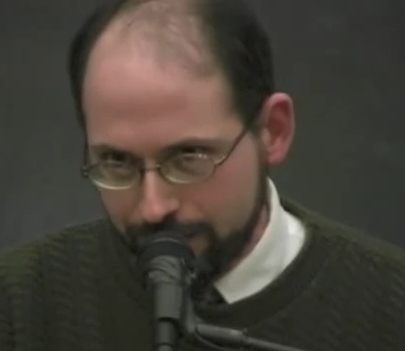 If you’re a longtime reader of this blog, you may recall that we’ve discussed oddball Michael Greger. He’s a doctor who works for the Humane Society of the United States, and his job has been to spew vegan propaganda while attaching an “M.D.” to it. He has released a series of video lectures called “Latest in Clinical Nutrition” that serve as a sounding board for Greger to cherry pick studies and shill for veganism. HSUS allows its logo to be on the DVDs, so it wouldn’t surprise us if the organization paid for the production entirely.

Greger’s moved from low-budget DVDs to starting a flashy website called “Nutrition Facts.” Despite the seemingly nonpartisan branding, “Nutrition Facts” until last year was called the “Vegan Research Institute,” so that should tell you what you need to know about the agenda of the site. Whatever Greger calls his project, debunking him simply requires going through the minutiae of the studies he cites. It’s a laborious task, but thankfully someone has done it for us.

Over at Science Based Medicine, a website run by doctors with an eye towards promoting high standards in medicine and research, editor and former Air Force colonel Dr. Harriet Hall takes a hard look at a Greger video recommended to her by a vegan activist. You can read her full analysis, but she finds a number of examples of Greger ludicrously citing research. For example, one study Greger cites as showing that "plant-based" diets protect against kidney failure actually indicates that low-fat dairy products are also protective. The devil is in the details, but Greger is in the business of making overly broad statements that fit his narrative.

These videos tend to fall into an easily recognizable pattern. They feature a charismatic scientist with an agenda who makes sweeping statements that go beyond the evidence, makes unwarranted assumptions about the meaning of studies, and omits any reference to contradictory evidence.

And she also calls out Greger’s laughable rhetoric:

[Greger] compares raw meat to hand grenades, because of bacterial contamination. If you don’t handle them safely, it’s like pulling the pin. Are we selling hand grenades in grocery stores? This is a ridiculous comparison, and it ignores the fact that plant-based foods can be a source of contamination too.

Interesting point. A recent study from the Centers for Disease Control and Prevention found that leafy green vegetables are the number one source of food poisoning. About half of food poisonings are attributable to produce. Somehow, we can’t find this news on the “Nutrition Facts” blog. We’re shocked.

Greger's by no means the only wolf in sheep's clothing we've seen, by the way. Just check out the so-called "Physicians Commitee" for "Responsible Medicine" for more.

When Greger’s propaganda is filtered through calm, reasoned medical experts who are focused on impartially evaluating evidence, it falls apart. He’s a snake oil salesman for an ideology, and it seems he’ll twist research to push his agenda. In that way, he’s a perfect fit for HSUS.