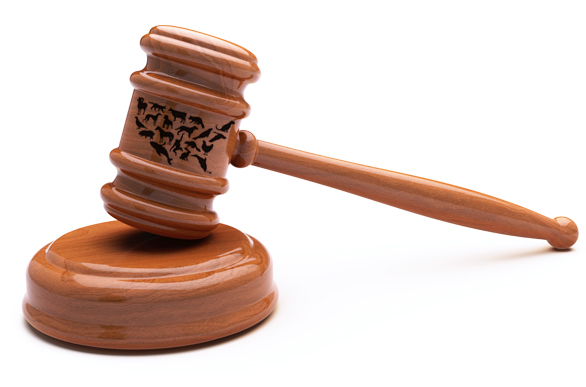 Part of the big kerfuffle over the Humane Society of the United States’ agreement with the United Egg Producers is over the notion that HSUS should have a say in how farmers go about their business. It’d be one thing for, say, a mainstream veterinary group to influence such legislation—vets are a part of the farm, too. Not only is an animal-rights group that doesn’t believe in using animals for food far from a stakeholder, however, but no one among HSUS’s leaders is even a farmer.

That, of course, doesn’t prevent HSUS from appearing in the media as if it’s some kind of expert in farming or other animal issues. Reporters want someone to call, and HSUS is happy to oblige. But thanks to a tip, we found one situation in which HSUS’s self-claimed expertise didn’t pass scrutiny.

In 2007 HSUS staffer John “J.P.” Goodwin (a man with a long arrest record) traveled to Dane County, Wisconsin to testify in an animal-fighting case. Only one small hitch: The judge wouldn’t let him testify.

Why? Because the judge found Goodwin is an activist—not a qualified expert witness. Here’s what the judge said. (Click here to read the whole back-and-forth between the lawyers for the prosecution and the defense. This judge’s ruling begins on the page numbered 148.)

I look at Mr. Goodwin’s qualifications, and it seems to me that they belong in the world of issue advocacy….[I]n looking at his qualifications, I don’t see anything in the way of training with respect to animal physiology, for example…

If I want to understand what and whether there is animal fighting constituting mistreatment in this case, I don’t think I can look to Mr. Goodwin to give me an opinion on that because he just doesn’t have the requisite expertise and training.

So there you have it. There’s a clear line between an activist and an expert.

(Interesting side note: Goodwin told the court, “We have 10 million members.” That’s just not true. HSUS has a self-claimed “constituency” that’s (now) about 11 million people, but they’re not all members.)

We’d bet this finding of non-expertise would apply to HSUS in other areas, too. Looking over HSUS’s leadership, we see plenty of longtime animal rights activists like CEO Wayne Pacelle and Michael Markarian. But we don’t see a single veterinarian. And HSUS’s board only has 2 vets out of 26 members—and one of those is a longtime fringe activist.

When you think about it, HSUS activists don’t need to be animal experts. (And in many ways they aren't.) They just need to be experts in the “conflict industry.” Judging from their ability to endlessly gin up controversy and beg for dollars, they’ve earned more than a few advanced degrees.