The Humane Society of the United States was at the Indiana State Fair pushing a federal egg mandate that's before Congress. That’s a tough task for a group that’s on the record as wanting to get rid of animal agriculture. Apparently HSUS and its six-figure CEO Wayne Pacelle tried to hold some kind of press event to gin up support for the bill they’re pushing. We say “tried” because Pacelle didn’t appear to draw much of a crowd (see below).

A little birdie emailed us the details:

Apparently, when Pacelle took to the microphone, the TV cameraman started panning the audience (or lack thereof) and packed up and left in the middle of his presentation. Must have been tough since all of the old tractors that are right there in Pioneer Village simultaneously (and completely coincidentally ;-)) were cranked up just as Pacelle took the microphone . . .

If ever there was a non-event, this was it.

No kidding. Where are all those “11 million supporters” that HSUS claims to have?

Sorry, Wayne. Better luck next time. But we wouldn’t count on it. 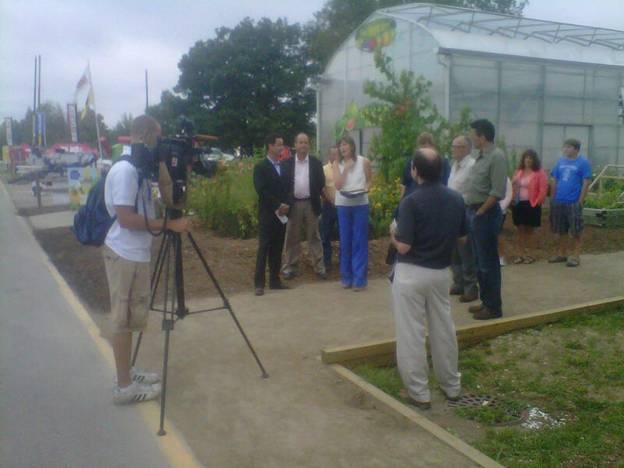