HSUS Gets Cracking in Iowa (Here We Go Again) - HumaneWatch 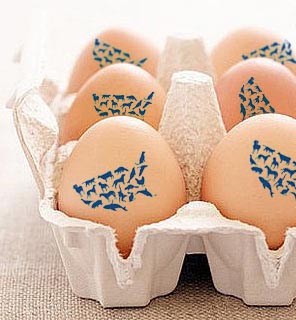 An HSUS "Media Advisory" came to our e-mail a half-hour ago. Here's what the group is planning for tomorrow:

WHAT: Press conference to announce The Humane Society of the United States’ latest undercover investigations into major egg producers. The HSUS will release video footage revealing appalling suffering at multiple egg factory farms and outline critically-needed reforms in animal agribusiness. The HSUS will also release a new report detailing the problems inherent in cage confinement of laying hens and the importance of the national movement toward cage-free production systems.
WHO: Wayne Pacelle, president and CEO of The HSUS
WHERE: Des Moines Marriott Downtown, 700 Grand Avenue, Des Moines, Iowa
Or by teleconference. RSVP to Erin Williams, 301-721-6446 or [email protected]
WHEN: 10:00am CST, Wednesday, April 7

Is anyone surprised? Not us. It's an election year, after all, and HSUS is crusading against egg farmers.

If you were planning to rush out the door to Des Moines, don't go. We'll save you the cost of a plane ticket. Here's what you'll likely be subjected to tomorrow. We've also written a few press-conference questions that we sure wish someone would ask.

The scene will open with the bronze-tanned Wayne Pacelle sticking out like a sore thumb among pale Iowans who don't have expense accounts like his.

We will hear about how horrible egg farms are. We'll see no more than five minutes of video, probably in 30-second snippets, and probably shot over a period of three to four months.

We will not see uncut videos, and we will not see any evidence that farmers and their hired hands worked to correct whatever problems are depicted in the movies. Any reporter who asks whether or not the unedited video will be made available will get a crash-course in how to change the subject.

Pacelle will declare that the only way to avoid treating hens "with unconscionable cruelty" is to start raising all eggs in cage-free systems. And he'll throw in a plug for HSUS's Ohio ballot initiative, which promises to enforce just such a standard on farmers whether they like it or not.

We also will not see Wayne Pacelle eat an omelet. Not even a cage-free one. We kinda hope some enterprising young reporter brings him one. Just to see if he'll prove me wrong.

Here's my wish-list of questions, in case you know a reporter who will be attending: