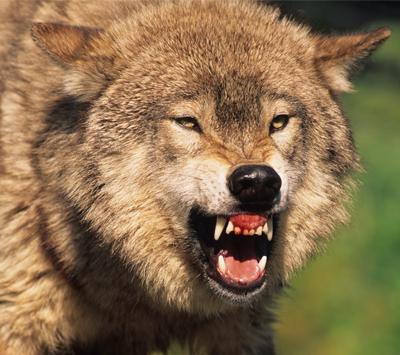 Last week, HSUS CEO Wayne Pacelle took to his blog to vent about a new Hollywood flick called “The Grey,” starring Liam Neeson. The basic plot is that a plane crashes in the frozen wilderness and Neeson and six other survivors struggle to make it back to civilization, while being molested by a pack of wolves. Pacelle warned people to “stay away.” His gripe is that “The Grey”—a fictional movie—takes liberties with how grey wolves really act.

Pacelle’s solution is to watch “Babe”—a movie with talking animals—or “Bambi,” a Disney cartoon. Does anybody else see the irony here?

The political correctness coming from the animal rights movement is ridiculous. (PETA too voiced its criticism of "The Grey" for making wolves look bad—unsurprising, given PETA and HSUS have the same agenda.) By asking people to watch one form of animal fiction over another, Pacelle’s doing what he rails against. Deer are not like Bambi, and pigs are not like Babe. (Ask a hog farmer.)

Wolves are predators. Of people? Not so much. Of people’s livestock? Sure.

But let’s not forget: It’s just entertainment. It’s Hollywood, not a real-world debate on wolf delisting. It’s…fiction, not a documentary on animals.

Asking Hollywood not to play up the scary wolf stereotype is like asking Jackie Chan not to make martial arts movies. What next? Will HSUS tell elementary school libraries to stop stocking Little Red Riding Hood or Three Little Pigs?

It’s hard to believe the average viewer can’t make the distinction. And the movie itself is about much more than the survivors’ struggles with the wolves, but also about their internal struggles.

We have to wonder: Did Pacelle even see the movie? His boycott call came two days before the movie even opened. Pacelle’s post was full of vague, broad assertions but light on details. It’s doubtful he would have been invited to the premier. And it’s not like MegaVideo is still around.

Of course, all the bluster from HSUS and PETA isn’t doing much: “The Grey” was the top-grossing movie across the country last weekend. For all his talk about HSUS being mainstream, Pacelle's cries apparently fell on deaf ears (except for a few comments he printed from readers, including one saying she would misanthropically “root for” the wolves).

If the noble wolf is such a delicate creature, then why doesn’t Wayne Pacelle go live among them once his book tour is over? One man has already. Wayne is always playing up his “bond” with animals, so we’re confident he could fit right in.