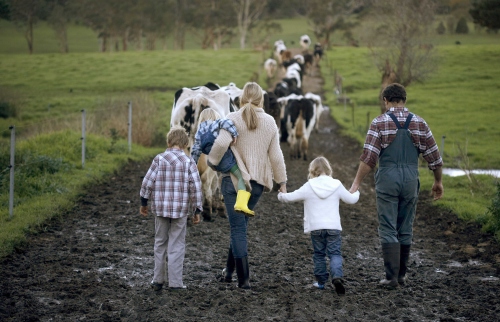 Spare us the crocodile tears, Wayne.

Researchers from the University of California-Davis determined that Prop 2 would bankrupt just about every egg farm in California. “Our analysis indicates that the expected impact [of Prop 2] would be the almost complete elimination of egg production in California within the six-year adjustment period,” they wrote.

The USDA reports that 98 percent of farms are family operations. HSUS pushed a law that would bankrupt just about every egg farm in California and cost 3,000 jobs. It doesn’t take a logician to conclude that HSUS hurt family farmers with Prop 2.

Now there’s one more problem: Egg farmers who are trying to comply and stay in business can’t even figure out exactly what Prop 2 requires. And HSUS keeps shifting its position—despite crafting the initiative itself.

Following Prop 2, one California egg farm built roomier enriched cages that would seem to comply with the law’s requirements. But HSUS claimed in 2010 that it was “crystal clear” that Prop 2 required all farms to go cage-free.

Now, HSUS’s tune is different. HSUS says 200 square inches of space per bird is OK under Prop 2. (This differs from a UC-Davis poultry expert who deems 90 square inches appropriate.) Then, HSUS vice president Jonathan Lovvorn, who by the way is a defendant in a federal RICO lawsuit, oddly claimed that “We don't want to tell farmers what kind of cages to use.”

Except that HSUS is telling egg farmers what cages to use, in a way, by pushing for minimum sizes. It’s doing so in a federal bill that would mandate egg farmers use enriched cages with a minimum of 125 square inches per bird. (90? 125? 200? Cage-free? Who knows.) Even if you bought every farm chicken in America a treadmill, a chaise lounge, and an iPad mini, HSUS still wouldn’t like the fact they were being raised in captivity to feed humans.

Going back to family farmers, this is all a bit ironic. Who best copes with government regulation? Bigger businesses. Small guys find it much more difficult to secure financing for costly infrastructure mandates. It’s just a recipe for more of the consolidation that Pacelle complains about.

This is also true with HSUS’s corporate activism against the use of maternity pens to safely house sows, which would require costly infrastructure changes:

Everett Forkner, president of the National Pork Board, said the plan would place significant economic pressure on smaller hog operators who don't have access to capital, and may not be able to afford the cost of overhauling barns.

"The additional expenses on farmers forced to make this conversion could increase the risk of them having to leave the business," said Forkner, who also farms in Richards, Missouri.

Time is running out for California farmers to start investing in new infrastructure. And HSUS is playing games that increase uncertainty for farmers. Uncertainty is not a strategy for staying in business. And neither is the specter of having to pay $1,000 a day in fines and facing jail time for violating Prop 2’s unclear standards.

Not that HSUS really cares one way or the other. The entire existence of HSUS’s farm campaign is to eventually get everybody to go vegan. That means every family farmer, big and small, who produces animal products will go out of business. It’s that simple.