HSUS in the Opinion Pages - HumaneWatch 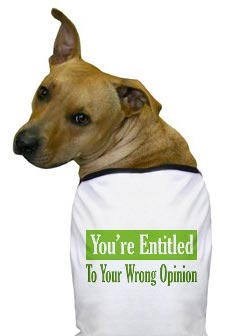 Well… sort of. HumaneWatch is in South Dakota's Rapid City Journal this morning with an op-ed about the Humane Society of the United States, and how it diverts millions of dollars away from needy pet shelters all over America. Here's a taste:

You can see HSUS's money-your money, really-at work in statehouses, courtrooms, and voting booths. That's where the organization pushes for its radical concept of animal rights, including some of the same ideas that made the wing-nuts at PETA famous. HSUS is driven by the belief that animals deserve legal rights, including the right to not be eaten as food and the right to sue people in court.

So while the group does little for the dogs and cats in its TV ads, it works overtime in pursuit of goals that are out on the fringes …

It makes more sense to give locally. Especially in these economic times, the animal shelters near you need every nickel they can get—including the local "humane societies" that share part of their names, but not any affiliation, with HSUS.

Click here to read the whole piece. And if you leave a comment, watch out for the HSUS sockpuppets.

Update: The Journal also published an editorial this morning, writing: "The Humane Society of the United States is cheating abused, neglected and abandoned animals out of the help they need with misleading ads that don't disclose the way donations actually are spent."