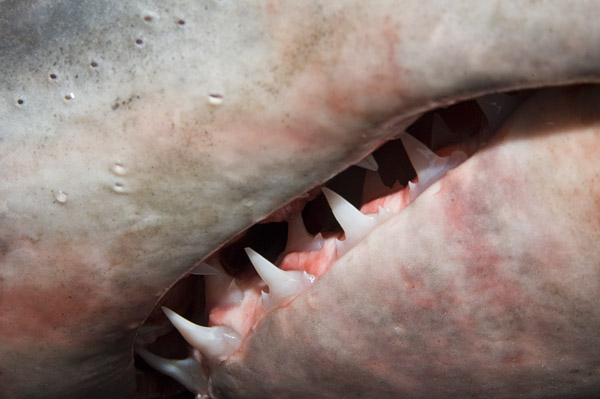 Today the National Oceanic and Atmospheric Administration (NOAA) announced that it's refusing to act on Endangered Species Act petitions filed in January by the Humane Society of the United States and another activist group. HSUS had asked the government to add the porbeagle shark to its list of species that are off-limits to fishermen. Here's the result in a nutshell (emphasis added):

In January 2010, the Wild Earth Guardians and the Humane Society of the United States petitioned NOAA to list the porbeagle shark as an endangered species under the ESA. At that time, the agency began a 90-day review, but found that neither petition presented sufficient scientific information indicating that listing the species under the ESA may be warranted.

Also, NOAA found that the information in the petitions and in its files indicates that populations of porbeagle shark are stable or increasing globally, and that recreational and commercial fishing protections for the shark are increasing.

That much is true. The porbeagle shark did get some new international protections this year, in the form of an "Appendix II" listing by the Convention on International Trade in Endangered Species (CITES). But even CITES doesn't say the porbeagle is endangered. Appendix II, according to the international conservation group, "lists species that are not necessarily now threatened with extinction but that may become so unless trade is closely controlled."

HSUS's experts should know all this. (Humane Society International leaders jetted to Doha, Qatar in March to lobby CITES. They were there.)

Given that HSUS has been trying to get shark-fishing tournaments banned since 2005, this aquatic jumping of the gun shouldn't surprise anyone. But the details of NOAA's report in today's Federal Register should leave the animal rights group absolutely red-faced.

Here's a look at the agency's conclusions. Keep in mind that HSUS's petition specifically targeted sharks in the Northwest Atlantic Ocean. (All quotes are from NOAA's Federal Register report.) 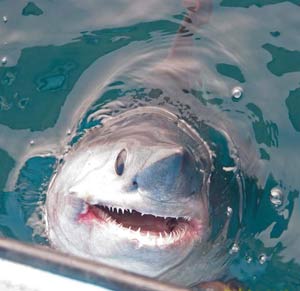 (1) HSUS claims: "In its petition, HSUS states that 'the Northwest Atlantic porbeagle population is distinct' because it is 'markedly separated from other populations' due to 'physical [and] behavioral factors,' as evidenced by 'genetic … discontinuity.'

NOAA scientists conclude: "Based on the best available information, there is conflicting scientific evidence regarding whether DPSs [Distinct Population Segments] of porbeagle sharks exist … The petitioners have not presented substantial information indicating that these populations meet the criteria for being identified as DPSs under the ESA."

NOAA scientists conclude: "Available information does not indicate that the fitness of the NW Atlantic porbeagle stock is impacted by mercury or other bioaccumulated contaminants. The National Shark Research Consortium … found that although coastal and estuarine U.S. Atlantic sharks were exposed to polychlorinated biphenyls (PCB), … effects from these contaminants did not pose a significant threat. In addition, they determined that it was unlikely that infertility rates were associated with exposure to contaminants like organochlorine pesticides."

NOAA scientists conclude: "[T]here is no information available that indicates there has been any change in the distribution of porbeagle sharks as a result of climate change, or that porbeagles are not adapting to potential changes in distributions of prey species."

NOAA scientists get one more jab in: "Ocean acidification … does not appear to pose a significant risk to porbeagle sharks."

(3) HSUS claims: "The petitioners claim that overutilization of porbeagle shark for commercial and recreational purposes in the form of historical and continued overfishing requires that the species be listed under the ESA.

NOAA scientists conclude: "[A]vailable information indicates that the stocks are stable or increasing in size … [porbeagle] biomass is currently increasing, and overfishing is no longer occurring.According to CITES (2010), Canadian catch data indicate that commercial porbeagle landings have progressively decreased from a peak in 1995 of 1400 tons (t) to 92t in 2007."

(4) HSUS claims: "HSUS states that despite National Marine Fisheries Service management, porbeagle sharks are continuing to decline in the Northwest Atlantic, and thus, protections are inadequate."

NOAA scientists conclude: "The most recent stock assessment report for porbeagle sharks reports that … trends indicate that it is currently increasing."

Starting to see a pattern? HSUS sets 'em up, and science—the peskiest of all reality-checks—knocks 'em down. And NOAA's final conclusion is about as close to a government smackdown as you'll ever see:

Say that three times fast. Or, better yet, simplify it: Either HSUS's experts are incapable of understanding the scientific literature, or they're playing a game of "fake it 'til you make it."

Remember that the next time you see an HSUS fundraiser to "save" the arctic polar bear, the gray wolf, or the African elephant.