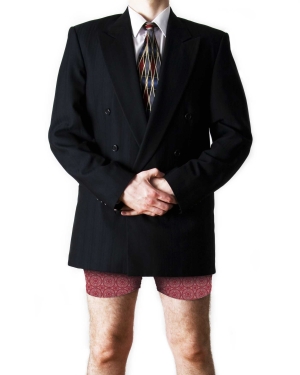 We already know there are too many lawyers: the ratio is now 1 lawyer to every 257 Americans.

With the Humane Society of the U.S. around, this overpopulation has helped it infest the court system. And as a recent Huffington Post article notes, HSUS’s legal team “Walks Tightrope Between Radicalism, Complaisance.” The author says that as a part of the “Goldilocks” strategy, HSUS is engaging in more pragmatic approaches to animal rights activism, including in the way it handles litigation.

When he’s not defending himself in a federal racketeering suit, Jonathan Lovvorn is the head of the HSUS litigation group, which he says includes 25 in-house attorneys who get assistance from 2,000 pro-bono lawyers. (Pacelle bragged in 2010 that he had about 50 lawyers on staff—perhaps they weren’t able to save as many lawyers as they had hoped.) So what does Lovvorn want to accomplish?

"We look at cases that are going to have a concrete impact on animals but that are winnable," Lovvorn told The Huffington Post. "You won't see us out asking for courts to declare animals persons. Or to file habeas corpus requests on behalf of animals, or other things that require judges to go way beyond what they're comfortable with."

He’s right—judges, and a vast majority of people, agree that animals aren’t people. People are people. But like any good long-term legal strategy, Lovvorn and friends are starting to build up case law that will lay the groundwork for more radical suits in the future. Just because the public strategy has changed, it doesn’t mean that the end goal has as well.

Recall that over 30 years ago, HSUS advocated for equating humans and animals. And in 1990, its fundraising materials touted the prospect of the recognition of legal rights for animals. But these aren’t just relics. We know that HSUS and its leadership, notably, Lovvorn, feel that “the situation with regard to the property status of animals, the courts, Article III, and our ability to get what we want is frustrating.”  And his former colleague at Meyer Glitzenstein & Crystal, Katherine Meyer, said that “This is not going to divulge any great secret, but a lot of us here in this room are looking for the right sets of facts to bring those first guardian ad litem cases. This is where we are going. The way you get there is by bringing other cases first. …”

Although HSUS’s fundraising arm might be tops at deception, its legal department is a close second. We can’t say the same for their brethren at PETA, who too often tip their hand. PETA made headlines earlier this year when it tried to sue on behalf of Sea World’s killer whales, claiming that Sea World violated the Thirteenth Amendment—yes, that’s the one about slavery. In that case, PETA couldn’t find support from a court or from The Daily Show.

But besides an obvious strategic misstep, PETA and HSUS are focused on the same end goal of animals gaining legal rights. The only difference is that Lovvorn is trying to dress the killer whale’s slavery case in sheep’s clothing.