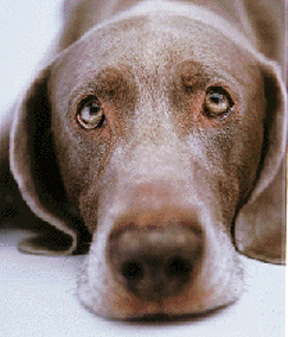 The Cleveland Plain Dealer ran a story last month describing how a disturbing number of homeowners who find themselves "underwater" on their mortgages are simply walking away from their houses—and leaving their pets behind to fend for themselves. (Not cool.)

So it may have seemed like a moment of genuine concern for animals last week, when HSUS reacted to the loss of Pilot Travel Centers as a corporate sponsor. Pilot, it turns out, was collecting and contributing money toward an HSUS program responding specifically to this foreclosure-related problem.

We thank employees and customers of Pilot Travel Centers for three years of loyal support for animals in need. We regret they are no longer being given the opportunity in stores to support our work to help animals abandoned in the foreclosure crisis, to help end pet overpopulation and aid animals in distress.

Oh … and there's more to this than meets the eye. (You knew that going in, didn't you?)

HSUS announced its home-foreclosure relief fund on March 26, 2008, saying it would "administer grants from this fund to animal shelters, rescue groups and animal control agencies to help … assist families in caring for their pets during these economically tough times."

That same day, Wayne Pacelle wrote on his blog that Pilot had kicked in the first big donation:

Our HSUS program was mentioned in yesterday’s USA Today story and, within minutes of reading about the fund, Pilot Travel Centers contributed a generous gift of $5,000. We hope others will add to the fund so we can provide even more support to shelters and rescue groups helping foreclosure victims and others who are in financial crisis. If you’d like to assist families and their pets during these trying times, consider a special contribution to the fund.

Those four underlined words were linked to a special fundraising page, of course. But today that link just goes to a non-specific pitch for HSUS donations.

Why? Because the HSUS home-foreclosure pet relief fund was discontinued. Quite some time ago, in fact. So says HSUS itself—just try visiting the URL mentioned in the press release (http://www.animalsheltering.org/foreclosurepets):

Unfortunately due to financial constraints, the Foreclosure Pets Fund has been temporarily suspended. The remaining funds will be awarded based on those applications that we have received to date, however we are no longer accepting new applicants. We sincerely apologize for any inconvenience this may cause.

Just so there's no misunderstanding here, Pilot's decision to pull away from HSUS was not the reason for the demise of HSUS's Foreclosure Pets Fund. That happened 10 months ago, in May 2009.

So what should we make of that HSUS statement expressing "regret" that Pilot employees could no longer donate money to "help animals abandoned in the foreclosure crisis…"?

HSUS announced its own decision last year to stop helping those animals. (Did they think everyone had forgotten?) And if they really wanted to keep helping, what's $52,000 from Pilot when compared with the $162 million on HSUS's balance sheet?

Somewhere in Cleveland today, a hungry doberman wearing a Cleveland Browns collar is roaming the streets. We think he'd like some answers.