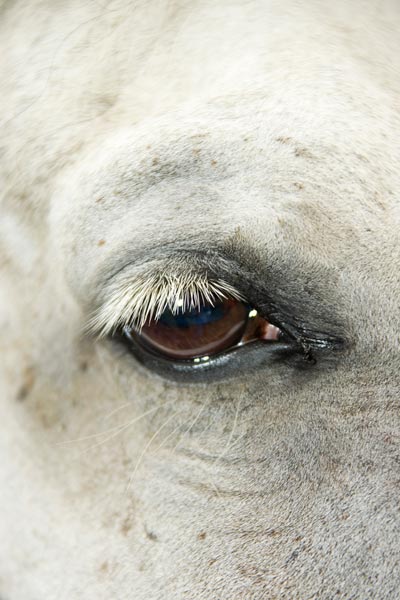 It’s another day ending in the letters D-A-Y, so that means there are a gazillion new press releases from HSUS’s media department. (OK, maybe just a dozen or six.) One of them in particular caught our eye.

HSUS is complaining that three horses sustained minor injuries at the World Equestrian Games in Lexington, Kentucky. (The games included about 1,000 horses.)

It’s never a good thing to see an animal injured. And the newsworthiness of HSUS's complaint is, we suppose, not for us to determine. But it's ironic, considering some other news we're reading about HSUS and its own abysmal record of horse care.

This particular story won’t appear in any press releases or self-congratulatory videos HSUS puts together.

We've been following the case of an Arkansas woman whose property HSUS raided last November. The animal rights group seized 25 horses belonging to Denisa Malott, and made accusations of animal neglect.

Malott was charged with 25 counts of felony animal abuse. Prosecutors have made a series of plea-agreement offers, all of which Malott has turned down flat. She's sticking to her guns and insisting that she has treated her horses well. (For background on other phony-baloney HSUS raids like this, see the stories from South Dakota and Hawaii.)

Along with several complaints that have been raised about the HSUS raid on Malott's property, what happened after the horse seizure is of particular concern. HSUS initially said in a press release that Malott's 25 horses would be going to “The Rescue Wranglers” pasture about 3 hours away.

Her animals never made it there.

The horses were later found abandoned in a field not too far from the seizure site. They didn’t have ready access to feed or clean water (HSUS apparently failed to make arrangements for this). Meanwhile, Malott wasn’t allowed to feed or water her own horses because of the charges pending against her.

Speaking to writer Chuck Jolley in March, HSUS CEO Wayne Pacelle had this to say:

We were asked to temporarily house the animals. The HSUS requested $1,900 in restitution to cover the cost of care over 30 days and Coggins tests for each animal [ed: this test checks for Equine Infectious Anemia], at a rate of $24 per animal; the request reflected that we spent approximately $1.73 per horse, per day, to feed and care for the herd, well below the amount we actually spent. The restitution sought excluded labor, travel, and veterinary expenses.

Now, according to ManeConnection magazine (see pages 3-4), Malott eventually got a court order to tend to the needs of her horses—animals that were starving under HSUS's care:

HSUS claimed the 25 horses received coggins testing and feed in excess of $1,900.00.

Ms. Malott reimbursed HSUS $1,974.00 but still has not received proof of coggins testing, or feed bills.

HSUS claimed Ms. Malott's 25 head were under HSUS control; however, the Court eventually ordered Ms. Malott to tend to the health and welfare of her horses because they were starving.

Isn’t it ironic? The woman HSUS accused of mistreating her animals ended up rescuing them from starvation after HSUS had them for a month.

And HSUS is concerned about three horses injured in Kentucky? Really?!

What about the 25 horses in Arkansas? If anyone else were responsible for ignoring their care, HSUS would be screaming bloody murder and asking for criminal charges.