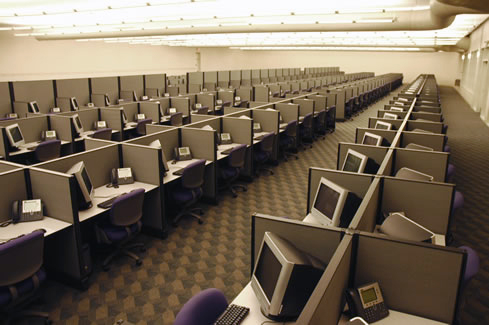 We’ve written several times before about the questionable telemarketers hired by the Humane Society of the United States—so much so that it became a key section in our report on the deceptive fundraising practices of HSUS. Last week, Bloomberg Markets magazine published an excellent exposé on yet another HSUS telemarketer: Ohio-based InfoCision Management Corporation.

InfoCision runs campaigns on behalf of national groups like the American Diabetes Association and the American Cancer Society as well as HSUS. Donations go to help fight cancer and treat diabetes, right? According to Bloomberg Markets, most of the money for these campaigns goes into InfoCision’s pocket. And donors not only may have no idea, but may be misled by the telemarketers as to how much money will go to charity. (InfoCision agreed to pay $75,000 to “ward off” action from the Ohio attorney general.)

We’ve shown how HSUS has had campaigns with other telemarketers that give off a false impression about how much money will go to charity. One (Donor Care Center) says to donors that “it is our best estimate that HSUS will receive at least 50% of the funds raised on this campaign”—even though, according to the contract, only 0.05 percent is supposed to go to HSUS. Another (Donor Services Group) says “it could be approximately 40% – 50% over two years” despite the contract laying out that 2 percent of proceeds will go to HSUS.

HSUS’s contract with InfoCision shows that the telemarketer is (supposedly) more forthcoming with potential donors who ask about how much money will go to charity (a whopping "at least 2%"). Of course, donors have to ask—that information isn’t exactly offered up right off the bat.

The script does show, however, that InfoCision plays up HSUS’s hands-on care for animals. But HSUS isn’t primarily a direct-care organization. It declared $48 million in “advocacy and public policy” expenses in 2010—just about half of its total program expenses—and it doesn’t run a single pet shelter.

Yes, Wayne and company, we know HSUS or its affiliates run a few wildlife or horse sanctuaries. But it certainly appears that HSUS has a much bigger budget for things like pushing PETA-like vegan propaganda than actually caring for animals. Raising money, certainly, is near the top of the list of HSUS priorities, to the tune of $47 million in fundraising-related costs in 2010 alone.

And that direct care HSUS’s telemarketers are playing up? That appears to largely be spay-neuter procedures performed mostly by other people. But because they occur under the banner of HSUS’s “Spay Day” event—essentially a PR campaign—HSUS counts them.

Get the picture? HSUS seems just as cynical and sleazy in its fundraising as any other example we can see. The latest news is just par for the course.

We’ll leave you with some parting comments from experts interviewed by Bloomberg:

Charities should be held accountable for deceptive fundraising done in their name, says James Cox, a professor at the Duke University School of Law in Durham, North Carolina, and co-author of “Cox and Hazen on Corporations” (Aspen Publishers, 2003).

“If that’s what they do systematically, then they’re obtaining money under false pretenses,” he says. “I don’t just think it’s incredible. I’d be surprised if it isn’t criminal.”

Once the charity has the names of new donors, he says, it goes back to those people in the future to request more contributions, without paying a telemarketer, [Greg Donaldson, senior vice president of the American Cancer Society] says.

NYU’s Naomi Levine scoffs at that explanation. Even if the society increases its future list of donors, it purposely misled and disrespected millions of people who wanted to contribute to medical research, she says. Few would donate again if they were aware the charity had knowingly pushed them to contribute money that would end up in the coffers of a telemarketer.