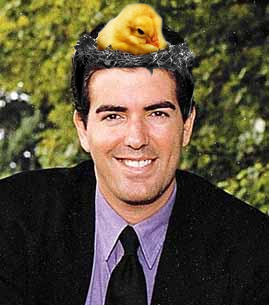 You’ll have to forgive the folks at the Humane Society of the United States if their fur is flying. Not only did they take a big blow recently with Discover card ending its affinity card partnership with HSUS, but it’s become apparent that their major corporate campaign is flagging as food companies catch on to HSUS’s scam.

First, HSUS CEO Wayne Pacelle took to his blog to accuse us of spinning the facts about Discover’s decision to end its partnership with HSUS, claiming that our supporters had no influence on the matter. There’s just one problem: Pacelle is engaging in his own spin. We should expect as much from a guy who lied to Congress, but here are the facts.

Discover probably called HSUS last week, just as it called us last week. But the timing really doesn’t matter. Let’s be clear here: Discover ended the program because it wasn’t worth it for Discover. There’s two reasons for that. First, partnering with HSUS caused a significant storm among people who are unhappy with HSUS’s deception and scamming. People told us they cut up their Discover card or stopping accepting Discover at their businesses. Second, Discover likely realized that it was on the hook for massive annual fees to HSUS, while not seeing enough return (HSUS inflates the number of people it represents by a factor of 20, so it wouldn’t surprise us if participation in the HSUS credit card was much lower than anticipated).

Hopefully this serves as a lesson for any corporation thinking about partnering with HSUS.

Amusingly, HSUS says the affinity card program sent $1 million its way. By the same logic, Discover ending the program early—thanks to HumaneWatchers—cost HSUS at least $2 million in future revenue. Good work to everyone who got involved in educating Discover.

But that’s not the only whining Pacelle has done about us recently.

Fortune magazine had an interview with one of HSUS’s campaigners on how HSUS talks to food company CEOs to try to get these corporations to make demands on their meat suppliers about how animals are housed.

Pacelle claims it’s evidence that our campaign is failing, but he must have missed a concurrent article published by Bloomberg News about how there’s a major supply shortage of pork at Chipotle.

Chipotle has particular requirements for its pork suppliers that are uncommon—allegedly more humane practices—and it recently dropped a supplier who wasn’t meeting these requirements. The result is that Chipotle stopped serving carnitas at one-third of its restaurants. Chipotle can’t find a replacement supplier.

Food companies who have made similar pledges to only buy “HSUS-approved” pork—meaning pork from farms that don’t use maternity pens—in the future have a similar problem. The supply isn’t there. Farmers predominantly house pregnant pigs in maternity pens because it protects the animals. They have no intention of changing that practice, which is approved of by veterinarians.

So what you have is some food providers who have been snookered by HSUS deception regarding pork practices and who have committed themselves to buying something that is costly and only slightly more prevalent than unicorns. The chickens are now coming home to roost, and the food providers are realizing it.

So what will happen? It’s obvious. When Chipotle has faced supply shortages of chicken and beef in the past, Chipotle has simply served “conventionally produced” beef and chicken. And customers kept buying chicken and steak burritos.

If supply comes to shortage, most companies will choose to give their customers what they really want—animal protein—instead of adhering to a wishy-washy pledge that was made to placate the vegan HSUS activists buzzing around them like gnats.

In fact, over the past year the number of companies making pledges at the behest of HSUS has dropped like a rock. Companies are figuring out that listening to anti-meat activists on meat policies isn’t a smart strategy.

Pacelle, a longtime vegan who imposed his animal-free philosophy on HSUS staff, must know that he is fighting a losing battle. That would be the easiest explanation for his constant vitriol at HumaneWatch.

Using the timeworn metric in debate that you don’t attack your opponent (or even mention them) unless they are causing you harm, it appears we are running rampant over Wayne Pacelle and HSUS.

Imagine you are Wayne. You have problems with an Attorney General investigation into your deceptive fundraising, a Congressional investigation involving one of your lobbyists, donors switching their donations to other groups, local shelters switching their names to avoid confusion with your reputation, having to use millions from donor dollars to pay lawyers and a racketeering settlement, as well as a loss of support among your own employees as they discover the truth. And then there are those various corporate partners who have pulled their financial support.

If you were Wayne you might be a little hysterical as well!

Shining a bright light on all of these issues proves the theory that sunlight is the best disinfectant. In Wayne’s case, the insects are scrambling and they are blaming the exterminator.