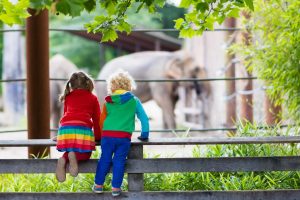 Any good con relies on wooing the conned. It also relies on the sin of omission.

Wayne Pacelle gave a speech yesterday at the annual meeting of the Association of Zoos and Aquariums (AZA). The “we can work together” fluff he said was not of note, nor was the introductory 20-minute rambling defense of HSUS against criticism. What was noteworthy was what Pacelle didn’t say.

Pacelle did not at any point endorse captivity or captive breeding—two things fundamental to zoological operations. Pacelle did not say anything that would limit his work to restrict how zoos and aquariums, including AZA members, operate. He merely spoke in broad strokes to sound like an ally, because he wants to enlist AZA in his attacks on the Zoological Association of America (ZAA), another accreditation group, and American Humane, an animal welfare group that certifies zoos and aquariums.

Pacelle’s goal is to reduce the number of zoos, and reduce the species of animals zoos are allowed to have. He has said, “Certain animals should just not be kept in zoos.” Marine mammals, bears, elephants, apes—the list of targets is long.

Additionally, Pacelle wants to influence the standards by which zoos operate. He attacks farmers and ranchers the same way—by passing laws making it more costly to raise animals, and by trying to monopolize the “certification” standards of what’s “humane.”

His definition of what is “humane” is ideological, much like PETA’s—it is not a value he shares with AZA. Pacelle has admitted, “If I had my personal view perhaps” a future without pets “might take hold.” He is far outside of mainstream animal welfare.

Nothing Pacelle said yesterday is a reversal of his and other HSUS past statements against zoos, breeding, and captivity. He may focus on ZAA when speaking to AZA members, but his designs are to restrict all zoos and aquariums.

It was strange seeing AZA allowing Pacelle to address a group he would like to put out of business. As Winston Churchill warned, “An appeaser is one who feeds a crocodile, hoping it will eat him last.”