HSUS&apos;s Claws Are Out - HumaneWatch 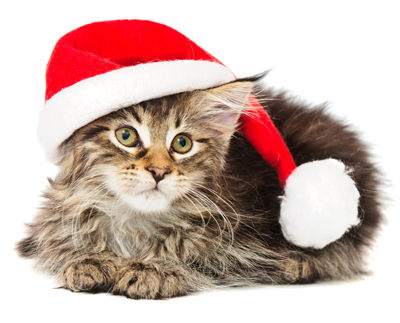 Most pet shelters don’t see a single penny from the “Humane Society” of the United States. That’s a fact, and it’s one that HSUS apparently will go to extreme lengths to keep as quiet as possible.

A few weeks ago a new nonprofit launched called the Humane Society for Shelter Pets, which is a separate nonprofit organization that contracts with the same management firm. The Humane Society for Shelter Pets has a quite simple message: If you want to help pets, give to a local shelter. (Most Americans experience confusion about HSUS and their local humane society, so it’s a needed service.)

Despite its claims to support shelter pets, HSUS replied by savaging this new group—and us. Then, a handful of HSUS litter-bearers in the sheltering community parroted its scorched-earth attacks on us.

Unsurprisingly, some of these groups receive money from HSUS (a fact that, oddly, was absent in all of their diatribes). Here are the most recently available numbers (2010):

We don’t know if these groups received money this year. But it wouldn’t surprise us.

In response, we sent letters to some of them demanding that they correct some false statements in their attacks. We’re pleased to report that both the Richmond SPCA and Humane Society of Berks County removed false statements. WARL also made a slight change, though we are not satisfied.

But there’s a new twist. Interestingly, HSUS is now giving these groups free legal counsel. Yes, that’s right—instead of, say, helping shelter animals, HSUS’s resources are now going towards helping other people spew false attacks.  We suppose when you have dozens—yes, dozens­—of in-house lawyers like HSUS does, they need something to do. (Golly, can’t HSUS stick to a mere 10 lawyers and give more to pet shelters?) [UPDATE 12/27/11: The Richmond SPCA informs us that "HSUS has never given the Richmond SPCA free legal counsel" and it "has not received any resources from the HSUS in connection with the things that we have said."]

Meanwhile, HSUS’s truth-challenged water-carriers are now asserting that we’re “threatening” shelters with our letters that seek to set the record straight. Apparently the truth is “threatening” to HSUS.

We’ll make it clear to everybody, as it was clear in our original letters: You’re free to criticize us, just don’t make false statements. And if you continue to make false statements—as HSUS has been put on notice about—then you put yourself in legal peril. That’s not a threat. That’s just a simple fact.

In the meantime, we’ve compiled a nice list of what some in the shelter community have had to say about HSUS. There are a lot more than the handful that has taken HSUS’s side this month. And remember, these are small shelters (the “Davids”) speaking out against the wealthy, lawyerly establishment (the “Goliath”). For every one that speaks out, we bet there are scores more who are intimidated by HSUS’s hardball tactics.

“Not one penny. We receive nothing from them, and the amount of money they get nationally and don’t share with needy shelters like ours is a shame.”
–Roseann Trezza, Executive Director of the Associated Humane Societies (on News 12 New Jersey)

"We often hear, 'We gave to the national organization.’ It's frustrating. I'd appreciate it if they didn't do direct-mail [fundraising] pieces here."
–Lynae Gieseke, executive director of the Minnesota Valley Humane Society, in the Star Tribune

“[People think] that if they give to the national organization that somehow the local organization is benefitting. That's completely false. There's no money whatsoever. We have never received one dime from the HSUS.”
– Raynette Mayer, Central Savannah River Area Humane Society volunteer (Georgia)

“We hear it all the time, ‘But I already gave to the Humane Society.’ They think they are helping the shelter here, but they don't understand that money doesn't come locally.”
–Donna Clark, Kanawha-Charleston Humane Association executive director (West Virginia)

Want more? You can read them all here.