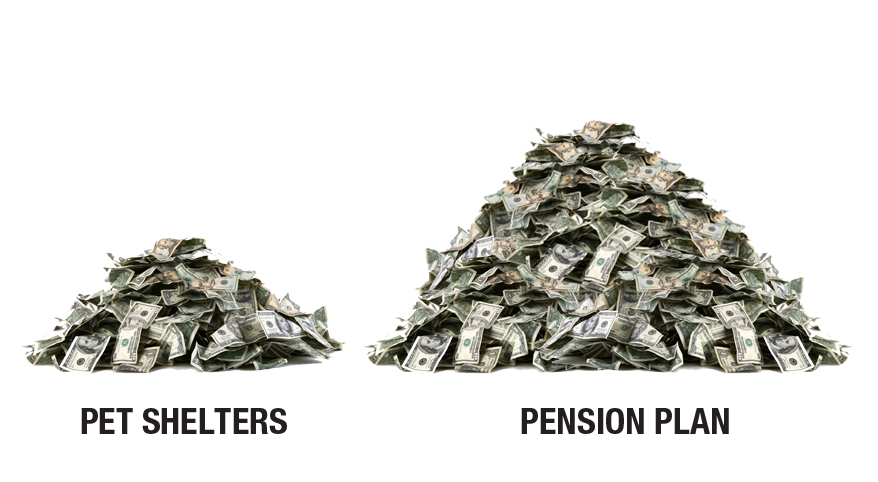 It’s our job to watch the Humane Society of the U.S., and for all that could be improved, we do occasionally see something it does that is worthy of praise. Turns out that HSUS does, in fact, know how to help pet shelters with some timely support.

The Montclair Animal Shelter in New Jersey has been struggling with a faulty air conditioning unit for several weeks, making it particularly tough on the cats kept in the downstairs kennel. (The dogs are lucky enough to have a few portable units on their floor). Although the heat wave in the Garden State was going strong, HSUS was able to help recently by covering the cost of a six-week rental for industrial-sized portable air conditioners. The rental costs $3,000.

That’s all well and good, but this one particular grant—and the typical self-aggrandizing HSUS press release accompanying it—speaks volumes about what HSUS doesn’t do. HSUS raises well over $100 million annually from the public, meaning it could help hundreds of shelters in this same way every year. Heck, if HSUS made 1,000 such grants, that would only take up about 2 percent of its budget. Its deceptive advertising would certainly have you believe that’s what it does. We’re sure some of its disappointed donors wish that was the case, but the latest numbers tell us that’s far from how HSUS spends donor dollars. HSUS puts up a good façade and its media personnel put out a lot of press releases, but it seems there’s not much behind the curtain when it comes to giving support to shelters.

Meanwhile, pets sweating it out elsewhere hope for support from others. In Indiana, a local business donated an air conditioning unit. But others, such as one in Tennessee, spent a few days without power and had to buy a generator and fans to try to keep the pets cool.

With millions and millions at their disposal, HSUS should be able to swoop in to these communities and save shelter and rescue pets from this basic suffering that can be so easily remedied. But instead, CEO Wayne Pacelle spends his time on Capitol Hill and on blog rants about members of Congress.

The pets at the Montclair Animal Shelter should consider themselves doubly lucky to be the recipients of HSUS’s generosity. It’s a rare position to be in.