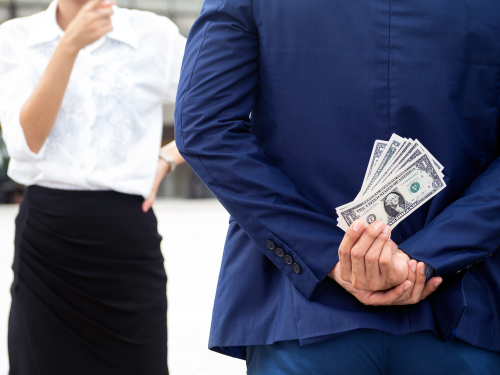 In the case of the Humane Society of the United States, which uses a fundraiser that netted nothing ten campaigns in a row, the organization’s leadership must be shameless.

The fund-loser in question is Donor Services Group. According to filings with the North Carolina Secretary of State, since 2012, the fundraiser’s HSUS campaigns have had a net loss of $2,953,947.16.

To put it simply, HSUS has lost $3 million paying DSG to fundraise.

It should be noted that DSG does raise some funds. Its latest campaign ran from January through March and raised almost $36,000. But the total expenses of over $160,000, which includes $54,800 for payroll and $36,000 for “office expenses,” dwarfed what DSG raised.

In other words, the money DSG raises in the name of helping animals ends up simply being paid to cover costs.

It’s safe to assume that those who do donate don’t realize that their dollars end up with vultures and not the dogs. And the Humane Society of the United States should take the full blame for continuing these money-losing campaigns with questionable fundraising outfits.

In 2011, the state of Pennsylvania fined DSG $14,000 for employing “nine (9) individuals who were convicted of felonies or misdemeanors involving dishonesty to solicit monetary contributions from Pennsylvania residents.”

DSG isn’t the only fundraiser that has a questionable relationship with HSUS. Last year we told readers about InfoCision, a fundraiser who made nearly $10 million for a PAC the Conservative Majority Fund PAC, only to give the PAC $48,400. And the Share Group, which HSUS previously used, has its own history of problems.

Recent tax documents report HSUS spent $9.6 million (about 7% of its expenses) on the professional fundraising fees. With irresponsible spending like that, it’s no surprise the organization gets a “D” grade from CharityWatch.

If you want to help animals, give to your local shelter.