Humane Society of the U.S. Has $51 Million in the Caribbean - HumaneWatch 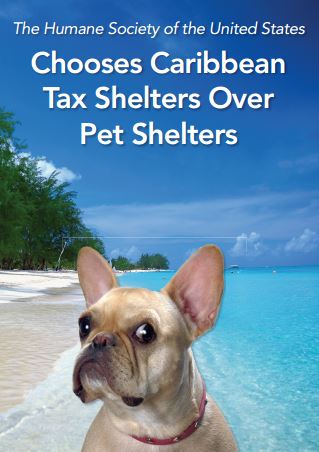 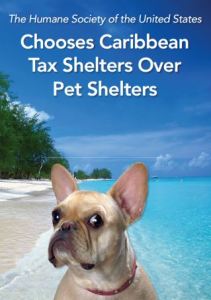 While most of the country enjoys the temperate fall weather, snow has already fallen in many areas out west. Those looking for warm retreats as the weather cools are already looking at places in the Caribbean. We might suggest the Cayman Islands, where the Humane Society of the United States is keeping donor money tanned, rested, and ready—and away from the animals it is supposed to help.

According to HSUS’s most recent (2016) tax return, the organization has $51,469,167 sitting in “investments” in the Caribbean. In the past, HSUS has disclosed that these millions are sitting in specific funds in the Cayman Islands and Bermuda.

Meanwhile, HSUS continues to engage in predatory fundraising. The past few weeks have been replete with pleas from HSUS and its highly compensated CEO Wayne Pacelle, begging for donations to fund its disaster relief team. However, we’ve seen this script before. After Hurricane Sandy, HSUS raised several million dollars but only spent about one-third of what it raised on Sandy relief.

The rest might have made a nice addition to HSUS’s Cayman funds. Much like we suspect money raised after the three recent storms will end up. Read our report, “Looting in the Aftermath,” for more evidence of how HSUS exploits high-profile events.