It's been less than four months since HumaneWatch started telling Americans that the Humane Society of the United States is a scandal-plagued, compromised animal group with more down-side than up-side. So it's pretty amazing to see our posters, bumper stickers, and t-shirts all across the fruited plain.

During the Memorial Day weekend, one HumaneWatcher sent in a report about some local TV coverage in south Texas. It's a heart-warming story about a pet store that helped reunite a lost dog with the young girl who missed it. And HumaneWatch posters were hanging right there in the background. 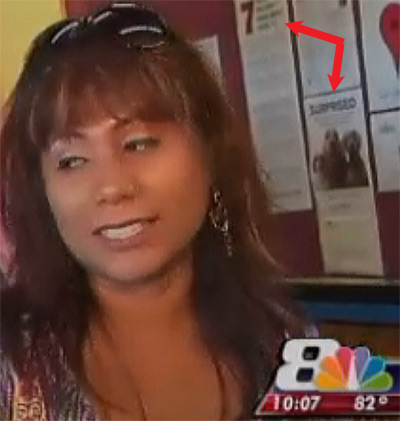 Cool? Absolutely. And other pet store owners can be on the side of the angels just by asking for posters, fliers, and bumper stickers. They're our treat if you can put them in front of tons of people. Just ask.

The video is after the jump.