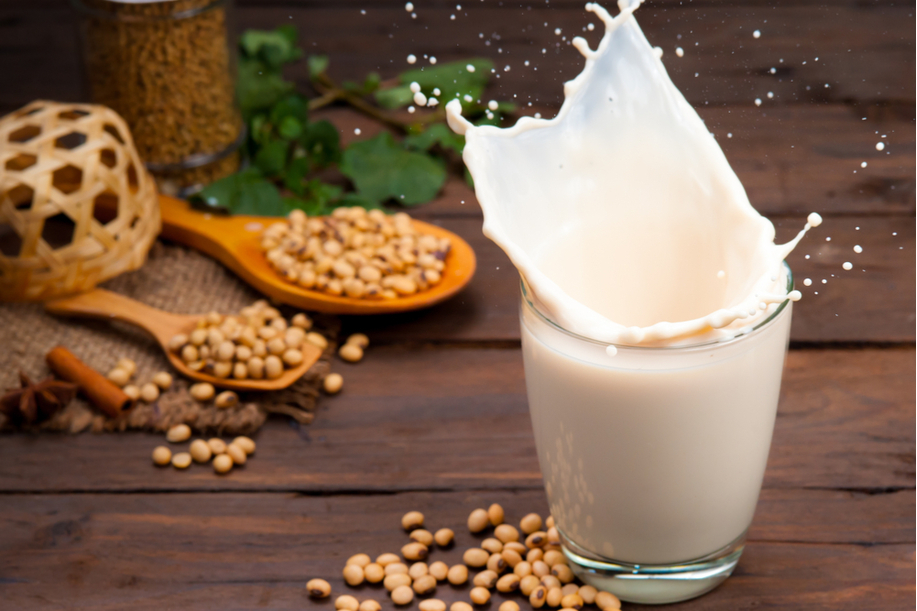 Australia is known for having some freakish animals, but even those critters may not be able to go toe-to-toe with the country’s vegans.

Case in point: an Australian vegan entered a cafe in Sydney—a cafe that dared to serve bacon. But there’s a twist: she didn’t cause a scene about meat. Instead, she saw the cafe served a number of vegan-friendly milk alternatives—but not soy milk. And that’s what set her off.

“We choose not to serve soy milk and people often ask why,” the menu reads.

It then lists a number of reasons for the omission.

“It contains phytates which bind minerals like zinc, calcium, iron and magnesium making them unavailable to you.

“Isoflavones in soy is plant based oestrogen and this mimics the body’s actual oestrogen levels.”

The menu then goes on to describe how the establishment offers “better” alternatives such as coconut and almond milk — which it claims are “free from any preservatives or additives”.

However, the Facebook poster was far from impressed by the reasoning and uploaded the picture onto a Sydney vegan community page, writing: “Interesting! At a cafe for breakfast and they don’t serve Soy… yet they serve Bacon and Bone Broth etc. *extreme eye roll*”

It’s not normal for vegans to act alone. Like other herbivores, they tend to find safety in numbers and this Australian vegan was no different, calling on her online army of plant-based trolls who went on about the cafe’s “pseudo-scientific” claims about soy.

“Ugh f**k right off and f**k off some more,” added one vegan. It’s unknown if these debate skills were gained by imbibing soy milk.

Of course, vegans complaining about “pseudoscience” should look in the mirror. This is the same group that often complains about GMO foods (which are safe) and claims bacon causes cancer. This claim rests on the WHO’s International Agency of Research on Cancer stating that bacon is a carcinogen. Here’s the catch: the WHO has analyzed 1,000+ potential carcinogens since 1971 and claims that only one (caprolactam—used in nylon manufacturing) is “probably not” carcinogenic. When all you have is a hammer, everything looks like a nail.

But what about soy milk? Is the vegan-favored drink actually bad for you?

In short, the jury is out, with some studies saying there’s no issue with soy. But others state that soy is linked to so-called “man boobs,” decreased levels of testosterone, increased estrogen in men, and fooling the female body into treating the soy phytoestrogen (plant estrogen with weaker effects) as estrogen. The idea is this causes the female body to produce less estrogen in order to balance out the apparent “excess” from the soy.

A recent report revealed that feeding infant girls baby formula containing soy is linked to severe menstrual pain later in life. This seems to suggest soy has some effect on hormones.

Again, more scientific analysis is definitely needed before concluding anything. But if all that about the soy effect on testosterone and estrogen does turn out to be true, it might explain some things.