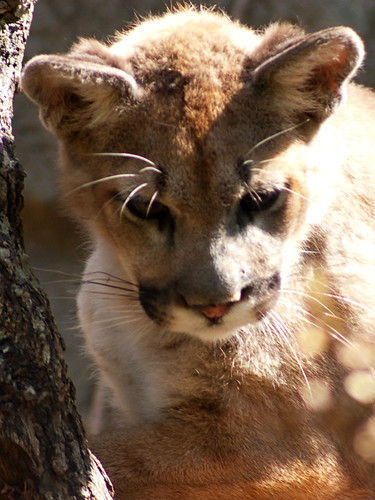 Over at Western Outdoor News, Bill Karr writes about an ongoing HSUS-manufactured “scandal” in California. The head of the state’s Fish and Game Commission went and recently hunted a mountain lion in Idaho. The catch? Mountain lion hunting has been off limits in California for the past few decades. It’s legal in Idaho, but HSUS’s fur is flying anyway.

Karr writes that HSUS is simply trying to take advantage of California’s “uninformed simpletons,” which presumably is a not-so-nice way of referring to California’s substantial urban population that has little or no experience in the outdoorsman/hunting culture. (After all, some odd ideas come out of San Francisco and Los Angeles.)

Whether or not you think hunting a cougar is moral, he does have a point (though a bit crudely stated). We’d argue that point is much better illustrated when it comes to HSUS and farmers.

HSUS has started ballot campaigns across the country to regulate how farmers can raise animals. But an Ohio farmer raised a good issue the other day: No one on the HSUS board has a degree in animal husbandry.

That’s true of HSUS’s leaders, as far as we can tell. CEO Wayne Pacelle is a Connecticut man who went from Yale straight into a New York City-based anti-hunting group. Paul Shapiro, director of HSUS’s farming campaign, is from the DC metropolitan area and a longtime vegan agitator. HSUS’s “food policy director” is a former PETA activist from a small New Hampshire town near the Atlantic coast.

The key link running across HSUS’s leadership isn’t that they’re farmers, it’s that they’re animal rights ideologues. They come from a belief system that holds all animal agriculture to be immoral, so that’s the ultimate goal and it shapes their thinking. Farm animal welfare is a sideshow to farm animal rights (like the “right” not to be eaten).

Unfortunately, they’ve found success in preying upon the large number of folks in urban and suburban communities who are long removed from the farm, especially modern practices. HSUS focuses on one aspect of animal welfare—how much space animals are given. This is important, but farming is much more complicated. The simple language, however, is meant to appeal to folks with no farming background. (Cartoon-ish ads like the one from Chipotle aren’t helping.)

Over at CCF recently, we wrote about the brouhaha over a new HSUS “undercover” video allegedly showing conditions at two Oklahoma hog farms. HSUS presented its skewed, spliced propaganda to the media, but it was refreshing to see an actual hog farmer offer her take. Diana Pritchard, a small-scale hog farmer, wrote about the many sins of omission in HSUS’s video:

I’m also about to share with you another inconvenient truth, because unlike the HSUS I don’t intend to blow rainbows and bunnies up your ass: Animals die. Some never live to begin with. Still born piglets– see the shocking image of a bucket full of dead piglets at 0:27 — are not uncommon. Even if you get rid of gestation crates animals will still die. Even on our farm where sunshine, pasture, room to move around, belly rubs and behind-the-ear scratches are the norm, some piglets are born dead; some get stuck in their amniotic sacks and die immediately after birth; still some others are simply not thrivers and die within the first week of life. It sucks, but it’s nature. There is nothing more gut wrenching than disposing of tiny bodies or more exhausting than tending night and day to an ill animal, but it’s part of raising them for any reason — including for meat. Where you have livestock, you have dead stock….

They don’t disclose when they tell you the dimensions of gestation crates that pigs are generally afforded more space per pig in crates than in pens (fourteen square feet versus nine). And when they quote the pew research council on the stress the crates cause the sows — which I’m not disputing, not at all — they don’t include that pen rearing can be just as stressful if not more so. They don’t tell you that the scrapes and scratches on the pig shown at 1:32 are probably from fighting with other pigs.

Of course, for us to deem it “sins of omission” means HSUS knew all this. Given the dearth of actual farmers at HSUS, perhaps its “experts” didn’t have the slightest clue.

It’s no surprise that HSUS’s major ballot campaigns have had a certain tilt: Prop 2 in California in 2008, followed up by threats last year of egg initiatives in the Pacific Northwest. Ohio, a state with heavily urban and suburban areas, was a target until a deal was reached between HSUS, the governor, and the state Farm Bureau. Colorado, another “purple” state, also faced a threat a few years back.

It’s a demographic calculation, and once HSUS passes a few initiatives, it can go for the whole hog—federal legislation. Just ask the United Egg Producers, whose president says “we can’t win ballot initiatives because of consumer emotion” and is now seeking federal regulation of hen housing.

We wouldn’t range to call urbanites who don’t understand modern farming “uninformed simpletons.” Sure, there will be a few smarmy know-it-alls like the occasional New York Times columnist, but the vast majority is just misinformed by HSUS, PETA, and other radicals who want to “get rid of” animal agriculture.

It wasn’t long ago that the folks at HSUS were off in far more radical endeavors. (See here, here, and here for some examples.)  They’ve been able to coalesce on a massive propaganda campaign and change the dialogue, but the pendulum is primed to swing the other way.

HSUS can’t continue to play consumers for dummies forever. After years of distortion, HSUS and its ilk may have pushed farmers to a “Network” moment.