Is the HSUS Board Whitewashing the Investigation of CEO Wayne Pacelle? - HumaneWatch 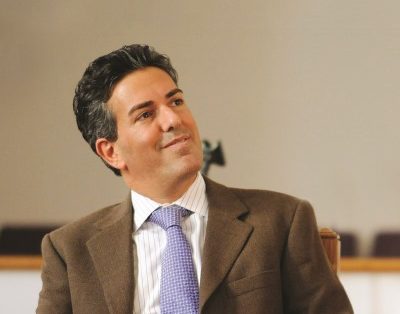 News broke late last week that HSUS CEO Wayne Pacelle is under investigation for sexual misconduct at the request of his own board of directors. The board has hired the law firm Morgan Lewis to conduct the investigation into Pacelle’s alleged conduct. It is not clear whether the investigation is focusing just on Pacelle or also on alleged acts by others at HSUS whom Pacelle may have covered for.

Unfortunately, there are signs that this is a sham investigation.

Morgan Lewis was previously retained by HSUS to defend it against a Racketeer Influenced and Corrupt Organizations (RICO) Act lawsuit brought by the owners of Ringling against HSUS and several other groups. (The case ended in a $25 million settlement against HSUS and its co-defendants.) The HSUS affiliate Fund for Animals reported paying the law firm Zuckerman Spaeder $1 million in 2014 in the RICO case, so what HSUS paid Morgan Lewis is presumably comparable.

In other words, Wayne Pacelle is a client of Morgan Lewis. That’s a clear conflict of interest. Also, Grace Speights at Morgan Lewis is heading up the investigation and, according to her bio on the firm’s website, she “is often called upon by clients for crisis management assistance.” This sounds like someone you call when you are accused of harassment, not someone to investigate harassment.

Of all the law firms available, why would the board use the one that has a major financial interest in giving a clean report on the target of the investigation? Being that the Chairman of the Board , Rick Bernthal, is a past law firm partner, he is familiar with conflicts real or perceived and knows that the optics of using Morgan Lewis are bad. Really bad.

Imagine if Harvey Weinstein had his own lawyer employed by his company to do the investigating of the claims made against him. He’d still be auditioning women in his bathrobe.

Additionally, longtime HSUS board member Anita Coupe, who was the board chairwoman until recently, used to be a partner at Morgan Lewis. Is she partial to Pacelle? Is she friends with the partner who is leading the investigation?

This investigation reeks of insider dealing. The fact that the investigation started in December and had to be leaked to the media shows that the HSUS board was hoping to keep this quiet.

Pacelle doesn’t want people talking publicly about what’s been going on behind the scenes. And the allegations are serious. The Board has been aware of Glassdoor comments about HSUS for some time now. These allegations include a “boys club” among Pacelle and upper management.

Does the board side with their pal Pacelle, or the staffers at HSUS who have been marginalized? We’ll see–but the signs so far aren’t looking good.