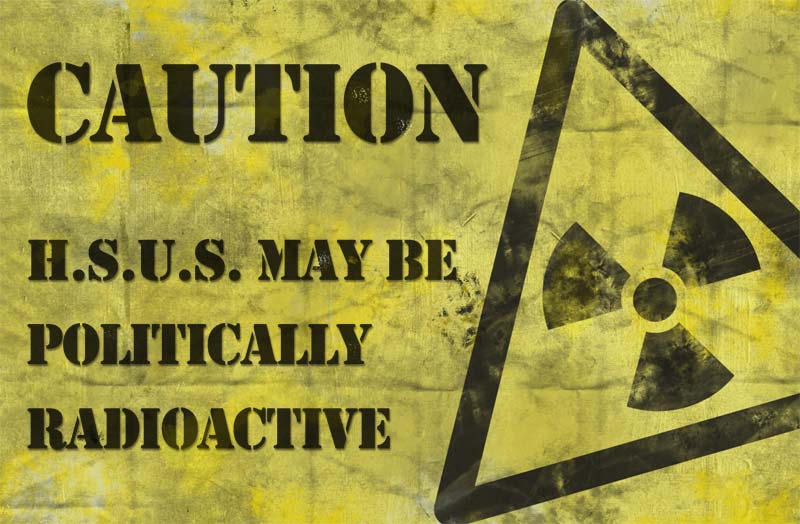 There’s no two ways about it: The Humane Society of the United States, with $160-million-plus in the bank, is capable of self-funding just about any political ballot initiative it should choose. But despite its goliath political stature and its "can steamroll" attitude, we’re starting to see signs that HSUS's coattails aren't what they used to be.

Exhibit "A": Roger Kaseman is running a ballot initiative campaign in North Dakota this year whose goal is to ban hunting in fenced-in areas (including enormous, multi-thousand-acre ranches). That sounds like the perfect campaign for HSUS to get involved in: Relatively few people will actually participate in it, it’s easy to spin the issue toward "cruelty to animals," and HSUS is rich enough to monopolize North Dakota's few media markets.

But here’s what Kaseman is telling The Minot Daily News about HSUS’s involvement—or lack thereof—in his campaign:

[T]he money is there for the asking but our group voted 100 percent in favor of not taking any money from the Humane Society of the United States. They stepped up and offered but we haven't had anything to do with them at all.

One-hundred percent in favor of not involving HSUS? That’s a strong sentiment. Especially since HSUS "stepped up and offered" Lord-knows-how-much money.

Exhibit "B": As Election Day approaches in Missouri, some supporters of Proposition B are starting to understand that being associated with HSUS has its plusses and minuses.

Proposition B is the most deceptive issue on the ballot … This proposition is being pushed by the Humane Society of the United States. It does not have anything to do with local humane societies. It does not operate a single animal shelter even though it has accumulated $162 million in assets. The real goal is to abolish animal ownership. Vote "No" on Proposition B.

It only took a couple of days for activists to start back-pedaling. Here's one great example, in a letter to the same newspaper:

Nothing could be further from the truth. The truth is, Proposition B has everything to do with local humane societies and nothing to do with the Humane Society of the United States. It is totally the product of organizations within the state of Missouri.

Of course, this is a silly claim. HSUS has supplied  more than 68 cents of every dollar collected by the "Prop B" campaign committee. This ballot initiative wouldn’t be happening without HSUS.

But what's fascinating is that "Prop B" promoters seem to think that distancing themselves from HSUS is a winning strategy.

We don't expect HSUS to slow down its Missouri TV ad schedule, or stop sending e-mails at the speed of light just because Missourians have discovered some of its ugly baggage. And the opponents of Prop B are vastly out-gunned financially. But their counter-campaign seems almost entirely based on attracting unwanted attention to HSUS.

Will it work? We'll all have to wait and see. But HSUS has good reason to be a little uncomfortable heading into next Tuesday.