It&apos;s Not 'Problem-Solving' if You Created the Problem - HumaneWatch 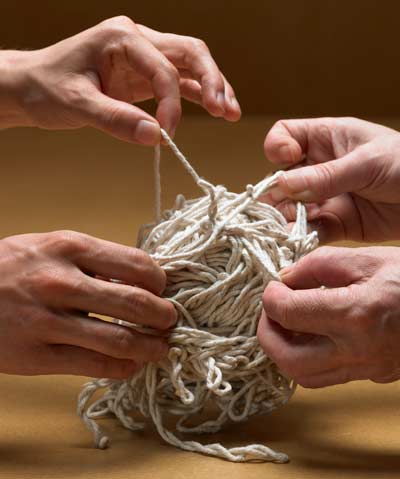 Last week we heard a lot about unwanted and abandoned horses, a problem that the Humane Society of the United States single-handedly created when it lobbied to force the closure of the domestic horse slaughter industry. The American Veterinary Medical Association and other organizations predicted that “saving” horses from slaughter here at home would cause far greater suffering, but HSUS didn’t listen.

The sad reality is that many owners of unwanted horses can’t afford the $500 average cost for euthanasia. When they bought their horses, in fact, they counted on income from the animals’ slaughter when the animals’ lives were near an end. HSUS put a monkey-wrench into such practical economic outlooks, and caused the very harm it wanted to prevent.

Now, of course, HSUS CEO Wayne Pacelle says he has a solution to the problem of unwanted horses starving on the Great Plains: He wants to make it illegal to transport horses to Mexico or Canada for slaughter.

Isn’t that nifty? Pacelle is trying to “solve” a problem that he created. And his solution might make things worse. What’s going to happen if he gets his way? (We would argue that a quick slaughter—even one that may look bad on camera—is preferable to prolonged starvation, but that’s just the way we see it.)

Today HSUS is busy trying to “fix” another problem it created.

The subject is dogfighting. In Philadelphia.

You can probably see where this is going.

The Pennsylvania SPCA reports that in the wake of Michael Vick’s move to Philadelphia, dogfighting investigations tripled in the City of Brotherly Love. Take it from George Bengal, that organization’s Director of Law Enforcement (emphasis added):

In 2009, the SPCA investigated 903 cases of alleged animal fighting in Pennsylvania, most of them involving dogfighting in Philadelphia, Bengal said. That's more than three times the number of cases in 2008, when there were 245 investigations …

Reporting is up about 25 percent from previous years, Bengal said, and the SPCA has devoted more officers to investigate animal fighting. But he said there also has been an increase in actual dogfighting.

"This is a fad out here now," he said, adding that it's hard to break down exactly how many of the cases are new operations.

Bengal also talked to WHYY Radio, as did a Philadelphia prosecutor:

Animal fighting cases in 2009 tripled compared to the year before Vick joined the Eagles. It may be that Vick's signing contributed to increased reporting of the crime but the SPCA's George Bengal believes Vick made dogfighting cool for a lot of kids.

"There's no doubt in my mind especially the youth of today they look at Michael Vick as their idol and it sort of promotes them to follow in his footsteps," Bengal said.

"Since the Michael Vick case, having a pitbull is now a status symbol for young people in the city and animal fighting to them is not considered a bad thing. So there's been more reporting and we have had some more cases to prosecute."

It looks like by rehabilitating Michael Vick’s image (after pocketing $50,000 from the Philadelphia Eagles), HSUS created the very kind of problem it should have been working overtime to prevent.

And, just like with the horse-slaughter issue, HSUS now has a “solution.”

Last night the Philly Daily News reported that HSUS will launch an "end dogfighting in Philadelphia" campaign on Thursday. The article also notes that the PSPCA tracked 1,177 cases of animal fighting in the city during 2010—yet another increase in the Michael Vick era.

What exactly does HSUS think it can accomplish now? The group is already on record saying that Pennsylvania has one of the strictest dogfighting laws in America. And despite that, dogfighting in Philly has reached epidemic proportions:

"We chose Philadelphia because there is a very large need in Philadelphia," said Rebecca Glenn-Dinwoodie, coordinator for the HSUS campaign here.

Yes, there is a very large need in Philadelphia. Largely because HSUS made money by making Michael Vick “cool” again. Is that so hard to understand?