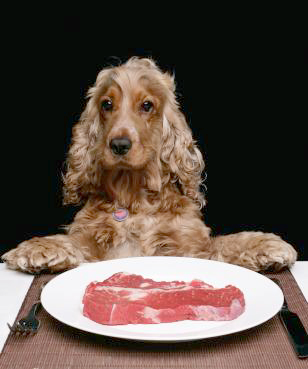 Yesterday HSUS began a new wave of promotion for its vegetarian “Humane Choice” dog food, starting with a note on its Facebook wall announcing that this "nutritious, delicious, and cruelty-free" kibble is available at some Whole Foods stores. (HSUS gets a cut of the price from each bag sold.)

Back in February we explored a number of reasons why this venture is a bad idea. Dogs aren’t meant to be vegetarians, for one thing. And it looks like most of HSUS’s own Facebook fans understand this.

While there are some supporters, the comments on Facebook are largely against the idea of selling a dog food containing no aninal protein. Here’s what some are saying about "Humane Choice," and about HSUS's decision to force its politics into the doggy dish:

One commenter also referred to an April review of "Humane Choice" which notes that “the claim that a product that is imported from Uruguay, is sold in small bags, and costs almost $3 a pound is 'sustainable' is outrageous. For that price, you could feed your dog healthy local food, including meat from sustainable family farms and ranches, that will truly fulfill your dog’s nutritional needs.”