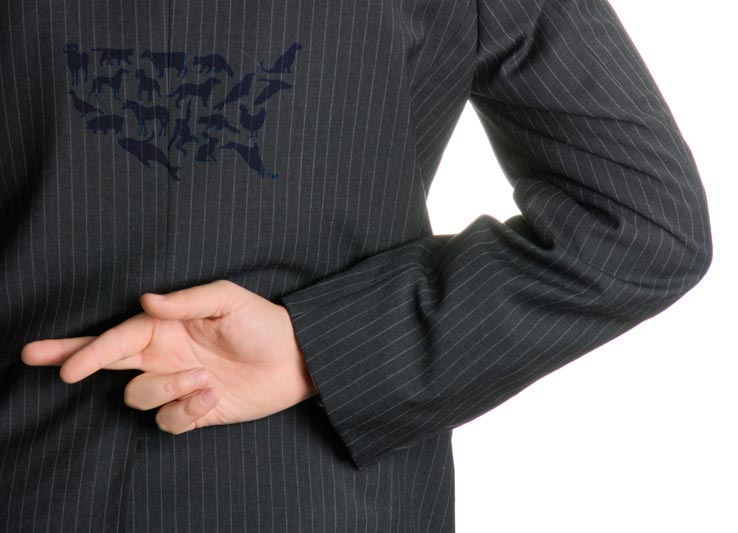 You may have noticed that the Humane Society of the United States sued a chicken company on Monday, apparently over “humanely raised” chicken package labels that don’t presently exist. But that’s not all the nation’s best-paid animal rights lawyers are up to.

On Christmas Day 2009, the Associated Press reported that the Humane Society of the United States (HSUS) employed "[a] staff of 30 attorneys—up from three when Wayne Pacelle took the helm five years ago."

And that doesn’t include the outside counsel that Wayne Pacelle hires to handle the really tough cases, like defending HSUS against civil lawsuits. Sadly, this leaves the salaried HSUS legal team—whose sheer size rivals that of many mid-size law firms—free to hassle farmers, pet store owners, and food companies.

Let’s take a look at where a few of HSUS’s legal nightmares stand. Funny how they don’t turn up on HSUS’s online docket. But if you’ve contributed to HSUS recently, you’re paying the legal bills.

In February 2010 the Ringling Brothers Circus company (Feld) sued a handful of animal-rights defendants—including HSUS, the HSUS-controlled Fund For Animals, and two HSUS attorneys—under the federal RICO act. This came after a federal judge’s December 2009 decision to dismiss the animal rights groups’ elephant-welfare lawsuit against Feld.

Why was that lawsuit dismissed, you ask? Good question. It turned out that the plaintiffs had paid their star witness (a former Feld employee) $190,000 for his testimony. The Court ruled that he was “not a credible witness,” adding that he “often gave conflicting answers and was repeatedly impeached on the witness stand.”

Here’s the latest on that lawsuit: It’s moving forward, but the defendants (including HSUS) are asking the judge to put a “hold” on everything while they make a motion to dismiss the case. Meanwhile, the plaintiff has proposed a 27-month-long schedule for dealing with things like “discovery,” the certification of expert witnesses, and pre-trial motions.

So the bottom line is that it will be at least 2013 before this RICO case really gets underway, presuming the case survives a near-term challenge.

Another federal lawsuit that HSUS faces involves a $5 million demand for its role in the 2009 “raid” of South Dakota hunting dog breeder Dan Christensen. HSUS’s attorneys have filed the group’s reply to Christensen’s complaint.

HSUS assisted in the raid in September 2009. But a judge later ruled that the search warrant used in the raid was illegal because the woman who requested the warrant, local animal control officer Rosey Quinn, didn’t share key information with the Court. The criminal animal cruelty charges against Christensen were ultimately dropped, and a judge ordered that his dogs should be returned to him. (Some dogs had died while in the care of the local Second Chance Rescue, which helped seize the animals, and some dogs contracted a virus.) 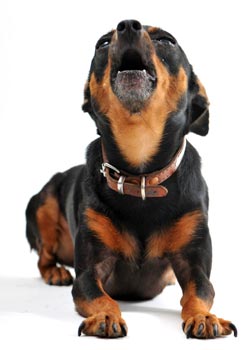 So how does HSUS respond? Its basic battle plan seems to be this:

In October, HSUS filed its formal reply. In addition, Wayne Pacelle and Scotlund Haisley each filed their own replies mimicking HSUS's.

HSUS claims it “would deny that it or any of its employees executed a search warrant,” but that “HSUS personnel were privileged to enter the property on the basis of a facially valid search warrant.”  HSUS also claims that it “provided transportation and not housing of the dogs, [but] did not search or seize Christensen’s dogs.”

This seems particularly weak. KELO-TV has video footage showing HSUS employees Scotlund Haisley and Rowdy Shaw physically taking the dogs and handing them off to other people. Haisley told the TV station: “We're collecting evidence; we’re safely and humanely removing them.” And a federal magistrate has already declared that “the warrants were largely executed by agents from the Humane Society of the United States,” and that the (bogus) search warrant called for “removal of all animals and evidence collection.”

HSUS appears to want it both ways. Its people entered the property and apparently seized dogs, rolled video, and collected evidence—but they weren’t executing the search warrant. No, sirree. We’re skeptical.

HSUS also “denies that it in any way caused or contributed to any of the damages alleged to have been sustained by the Plaintiffs in this case.”

This is hard to determine one way or another, but that’s why we have judges. Haisley told KELO-TV that “We're providing the animals with all the necessary medical care and the sheltering personnel.” And the day after the raid, he added: “Under the request of the local authorities, we will now continue to provide care and medical treatment for these animals awaiting the judicial system.” Apparently, HSUS didn’t “continue” for very long.

HSUS appears to be playing the “we didn’t know nuthin’” card, passing the blame off to others by claiming that everything seemed OK while they were on the scene. But HSUS’s accusatory press release and Haisley’s claim that HSUS was caring for the dogs don’t look good for the animal rights group. Will a jury sympathize with HSUS, which had over $100 million in assets yet didn’t take more responsibility for animals it helped seize? 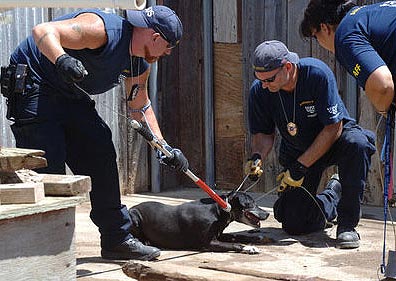 HSUS raided Pang's property in July 2009 after he who took over his wife's Animal Haven no-kill sanctuary upon her death. Pang realized that he wasn't able to run the show himself, so he arranged to have the organization’s 400 animals taken away to a different location. HSUS showed up with cameras rolling, and that's when the controversy began. (HSUS would later call Animal Haven a “hoarding operation.”)

In September 2009, a Honolulu prosecutor decided not to pursue a case against Pang. He filed suit shortly thereafter. All Pang wanted from HSUS was an apology, a retraction of the statements it made about him, and the removal of film from HSUS's website that Pang claims HSUS took under false pretenses.

This case is now resolved. According to an audio file we obtained from the federal courthouse in Honolulu, all parties have agreed to drop their claims and pay for their own costs. Case closed, at least in civil court. Still, HSUS's “raid team” activity has drawn clouds of suspicion as former team members have publicly discussed its tactics.