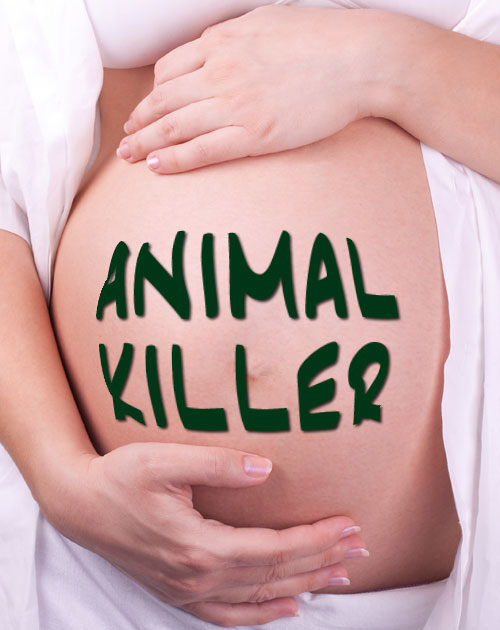 Remember Carter Dillard? Until last year he was a lawyer in HSUS’s Farm Animal Litigation department (also known as the “Sue the Hand that Feeds Us” campaign).

In 2008 Dillard took a position at Loyola University’s (New Orleans) law school while remaining “Of Counsel” to HSUS. He has since become Director of Litigation at the Animal Legal Defense Fund, a California-based animal rights group that (surprise!) sues a lot of people.

Along with his animal rights focus (or perhaps because of it), Dillard has worked extensively on the subject of human population control. Dillard doesn’t believe Americans should have the unlimited right to have children. Really. We're not making this up. He argues that this right should be balanced against the “rights” of other things—like the wilderness and “non-human species.” We can safely say that the “Octomom” isn't on his Christmas card list.

Dillard’s most recent academic papers are a fascinating read, because his already bizarre philosophy of thinning the human herd to save animals has taken a turn toward even greater absurdity. And because the animal rights movement apparently thinks he's on to something.

In a paper titled “Procreation, Harm, and the Constitution,” published in the Northwestern University Law Review, Dillard argues that there is (or should be) a constitutional limit on an American’s right to have kids if—wait for it—the kid’s life won’t be “worth living”:

[A] state can constitutionally justify a legal prohibition on procreation in certain circumstances using the notion of threshold harm, because it accounts for what has been recognized as a compelling state interest: the prevention of children living in certain existences that fall below a given threshold level of well-being.

Remember the psychic crime predictors in the movie “Minority Report”? This is worse, because  the “crime” is merely going through the motions of a life that the government would rather you not lead.

Maybe you’re a lousy parent, by some bureaucratic standard. Or maybe you’re poor. Or maybe your unborn child tests positive for Tay-Sachs disease (usually fatal by age four). In Dillard's world, all of these might be constitutionally acceptable reasons for the state to force someone to … well, not reproduce.

It’s easy to see where this is going. Taking one step further, this logic could easily justify eugenics. And what about people already living “bad” lives—would it be reasonable to “put down” the homeless? The mentally ill? Toddlers with Down syndrome?

Dillard’s past writings suggest that he's trying to build a case for “overpopulation” as a legal reason to stop all human procreation in America beyond one or two kids per female—for the animals' and the wilderness’s sake. (They have "rights" too, he says.)

Remember, Dillard built his legal chops at HSUS, which has spent some of its donors' money supporting a group called “Zero Population Growth.” There’s a current running through the animal rights movement that sees thinning the herd of “human animals” as essential to preventing cruelty to “non-human animals.” Just ask Wayne Pacelle, who nicely sums up the intersection of animal rights and population control: “I take it as a very serious personal responsibility not to put another consumer on this planet.”

You can trace most of the animal rights movement’s anti-human sentiment back to its intellectual Saint Peter, Princeton University professor Peter Singer (author of the book Animal Liberation). Dillard’s presumption that some human lives aren’t “worth living” are pressed from the same mold as Singer’s approval of infanticide for diseased or deformed newborn babies.

Singer reasons that newborns don’t have “rationality, autonomy, and self-consciousness,” which define personhood:

Infants lack these characteristics. Killing them, therefore, cannot be equated with killing normal human beings, or any other self-conscious beings.

So an ape is equivalent to a “normal” human being, but a newborn child isn’t?

This explains how animal-rights true believers come to view human life as not being inherently valuable.

When Wayne Pacelle dupes his donors into thinking HSUS is a pet shelter group, one of the perverse outcomes is the flow of money to lawyers who seem to think that saving animals depends on preventing (or killing) people.

That's quite a “big picture” vision. It's time we all faced up to it and let ourselves imagine that it might someday become reality.