Let&apos;s All Be Whale Watchers - HumaneWatch

A theme that has sprouted up in Wayne Pacelle’s seemingly never-ending book tour—it’s gone on for 12 months and counting—is that America needs to develop a “humane economy.” That sounds nice. But what exactly does it mean?

Pacelle refers often to the example of whale watching—businesses used to make money hunting whales but now make money on whale-watching tours. Pacelle calls this particular transition “the superior option morally and economically. It’s a model I hope that other animal-use industries can learn from whale watching so that our nation can build the new, humane economy…”

Note Pacelle’s choice of words. He didn’t say the “leather industry” or the “egg industry.” He said the “animal-use” industries. There’s a big difference. Animal use encompasses, quite literally, every way we use animals commercially. It includes animal agriculture as well as pets. But the number of products that involve animals is astounding. Just take a look at this one humorous cartoon:

In practical terms, Pacelle’s analogy doesn’t seem readily applicable to other parts of the economy. Better alternatives to using whale oil as fuel developed, for example. It’s important that this dynamic exists to fulfill demand.

Take farm animals, on the other hand, which are not threatened as a species as whales are—in fact, they’re bred in large numbers for food. They are domesticated, not wild. And no viable alternative exists for chicken breasts and cheeseburgers. Soy “burgers” don’t cut it, and research into laboratory-grown meat from cultured cells has produced little. (Not to mention that the general public would surely be squeamish about eating laboratory meat.) 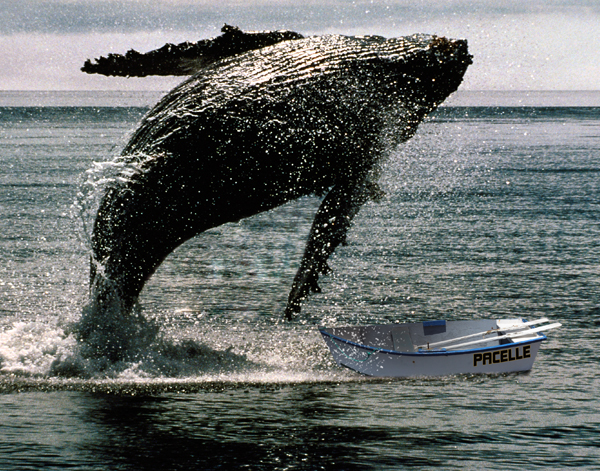 Pacelle is vague about the “humane economy,” and understandably so. It’s not just that the humane economy isn’t viable in a practical sense, it’s that the notion is premised on a controversial philosophy.

Pacelle talks in terms of basing the humane economy on “our values.” But really, by “our values” he means his values—which align with PETA’s more than the average American’s. We discussed recently how Pacelle has viewed eating meat and using animal products as “speciesist” behavior—so if you enjoy bacon, you’re like a racist. And he’s also touched on other radical views in the book Bloodties. Here are a few choice quotes:

“I certainly don't plan to have children. I take it as a very serious personal responsibility not to put another consumer on this planet.”

On whether he saw a future without pets: “I wouldn't say that I envision that, no. If I had my personal view perhaps that might take hold. In fact, I don't want to see another cat or dog born. It's not something I strive for, though.”

The first quote is indicative of general economic activity by humans in pessimistic terms—our consumption (really, our presence) is inherently negative.

The second quote indicates the extent to which the “humane economy” would radically overhaul thousands of years of human values in favor of Pacelle’s PETA values. Humans domesticated animals for certain purposes—food, companionship, and labor—but the animal-rights types believe that animal “use” is inherently “abuse.”

But what if whale-watching was the standard for every farm? Would Iowa turn into Old MacDonald’s Petting Zoo? (What’s more likely, since the animals no longer have a use, is that they’ll all be destroyed or die off. “One generation and out,” to quote Pacelle.)

So we should take his admonishments for a “humane economy” for what they are: Same old wine, brand new bottle.