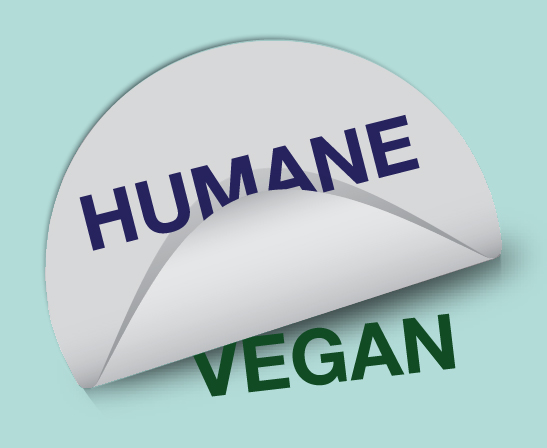 The Humane Society of the United States (not to be confused with your local pet shelter) doesn’t often come out and openly demand that you “go vegan” like its comrades at PETA do. Shoot, HSUS even let a boutique meat producer sign on to one of its recent op-eds. So is HSUS really on the side of the 99 percent of Americans who aren’t vegan? Is HSUS just a bunch of misunderstood animal activists instead of anti-meat zealots?

Don’t count on it. HSUS Food Policy Director Matt Prescott was in fact the guy who devised PETA’s disgusting, dehumanizing and despicable “Holocaust on Your Plate” campaign. HSUS VP for Farm Animal Protection Paul Shapiro said in 2003 that “eating meat causes animal cruelty.” And CEO Wayne Pacelle recently wrote that vegans of a more PETA-esque persuasion should “unite [with HSUS] to finish the job” liberating farm animals. (He’s said plenty of other wacky things, too.)

It seems that at every point HSUS is either facing off against mainstream agricultural producers or promoting meat-, egg-, and dairy-free living. We attended the “Animal Rights 2012” (AR2012) conference here in Washington, and in a presentation HSUS’s Shapiro said this:

So why then would the strictly vegetarian HSUS partner with small-scale or unconventional animal agriculture groups?

Besides giving HSUS “cover”—95 percent of its members (by whatever definition is convenient for making that statistic) aren’t vegetarian—it splits the agricultural community along business-based lines. The age old maxim—“divide and rule”—accurately describes HSUS’s strategy. Because the producer groups that align with HSUS out of short-run convenience are unaware of HSUS’s long-run goals, they think HSUS really supports them. However, when the present enemy—whether caged eggs or maternity pens for pigs—is made illegal, HSUS will turn on its present “allies” next.

Consider the case of Dunkin’ Donuts, which partnered with HSUS to increase its proportion of cage-free eggs and phase out maternity pens from its supply chain. You’d think animal protection groups would be pleased by that, but Compassion Over Killing is keeping its “DunkinCruelty.com” site active until Dunkin’ offers more vegan options. If you give them an inch, they’ll take a mile.

And how “separate” is Compassion Over Killing (COK) from HSUS anyway? Sure, they have distinct corporate structures, but COK was co-founded by none other than Paul Shapiro, HSUS’s farm animal protection VP. HSUS Director of Corporate Policy Josh Balk is a COK alumnus. And HSUS’s former VP for farm animal welfare, Miyun Park, was another co-founder of the group. COK even launched the “Dunkin’ Cruelty” campaign at HSUS’s annual conference in 2009.

All these animal rights groups have the same goal even if they differ on the means to the end. As Park said at an animal rights conference while she was an HSUS VP: “We don't want any of these animals to be raised and killed.” It doesn’t matter how you raise a pig; HSUS and its allies don’t want it to become bacon. The writing is on the wall for any producer who’s willing to open his eyes.