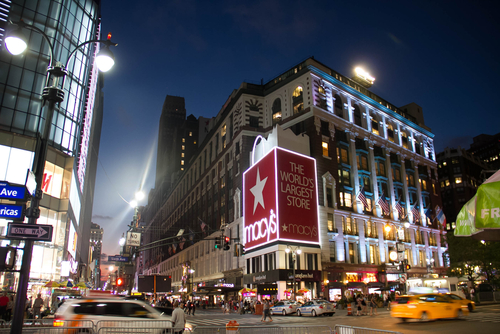 The news broke yesterday: Macy’s (which also owns Bloomingdale’s) announced it will be phasing out the sale of natural fur coats by the end of 2020. The announcement was made in partnership with the Humane Society of the United States, after years of pressure campaigns from HSUS, PETA, and other fanatical animal activists.

This move is, of course, intended to attempt to buy the company some good PR by getting kudos from animal activists, at a time when Macy’s has been closing stores by the dozens. But really, the company is setting itself up to continue to be bullied and shows weakness.

HSUS, PETA, and other activists now know that, given enough pressure, Macy’s will cave in. These activists are against not just fur, but also wool and leather. PETA has recently been protesting Forever 21 over wool. There’s no reason it can’t shift to Macy’s.

The move is a bizarre rejection of consumer choice. Since when does a small band of vocal activists dictate what businesses can and can’t sell to customers? According to Gallup’s latest polling, a majority of Americans think fur is a moral choice. And for those who don’t believe so, guess what? They don’t have to buy it.

Animal activists have been demanding the public go vegan for years, from shunning fur and wool to ditching chicken and cheeseburgers. Most people ignore them—including any lunatics protesting outside of Macy’s. Companies should tell the activists to pound sand.