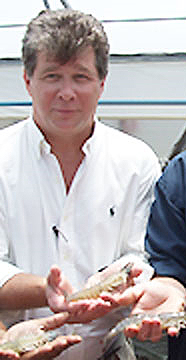 Here’s a scenario to play out in your head: You run a major animal charity, and one of your star underlings turns out to be a felon whose résumé has more holes than a donut factory. What would you do?

Meet David Wills, former Vice President of Investigations at the Humane Society of the United States—the man HSUS president John Hoyt was fond of introducing as his likely successor.

Wills has a long track record in the animal rights movement, and it didn’t start at HSUS. The fact that the group hired him is startling enough, but his far-ranging influence helped guide HSUS to where it is today.

This criminal’s close friendship with current HSUS CEO Wayne Pacelle (the two were roommates) likely played a role in his meteoric rise within the animal rights industry.

David Wills landed the presidency of the Nashua (NH) Humane Society in 1972 with the help of then-HSUS president John Hoyt’s recommendation. When he took over, he was just 19 years old, making him the youngest person ever to head a major humane society. Wills left six years later amid accusations that he stole funds, with estimates ranging from $10,000 to $2 million.

Wills then became the leader of the Michigan Humane Society, again with Hoyt’s recommendation. While he was in Michigan, it became public that Wills had been using a faked résumé. That Masters Degree in Journalism? Not so much. His 1970s guilty plea to felony Breaking & Entering in Virginia? He forgot to mention it. And his claim to have worked with the Washington (DC) Humane Society in 1975? Not true. (The WHS wasn’t exactly thrilled; its Executive Director wrote a scathing letter about the episode.)

In 1987, Hoyt tried to engineer a merger between HSUS and the Wills-led Michigan Humane Society. But shortly after the plan was first floated, a group of HSUS board members caught wind of Hoyt’s (and then-treasurer Paul Irwin’s) sketchy financial self-dealings. The merger ultimately fizzled. (Had it become a reality, HSUS would actually have been operating hands-on pet shelters. More than 20 years later, it still doesn’t.)

Wills resigned from his Michigan job after another money scandal surfaced, this one involving $1.6 million in missing funds. A bookkeeper was later held responsible for $60,000 of the larger total, but most of the money was never recovered.

Following his stint at Michigan, Wills founded the National Society for Animal Protection with $10,000 in start-up funds (which came from Hoyt). He ran it for two years until HSUS hired him as a Vice President.

Wills only lasted for four years at HSUS before being fired following a month-long internal investigation that led to—you guessed it—allegations of embezzlement. (This time around, Wills was also faced with accusations that he sexually harassed his underlings.) Just weeks before he was let go, Wills married the ex-wife of PETA co-founder Alex Pacheco in a Mexican ceremony paid for by HSUS. Hoyt and Irwin were the joint officiants.

HSUS later sued Wills to recover the money he allegedly embezzled. Eventually, Wills agreed to pay back $67,800 in restitution and was sentenced to a six-month jail term after admitting he stole $18,900. Six other counts of embezzlement were dropped, and the sexual harassment claims were settled out of court in 1997. Gail Eisnitz, a former HSUS investigator who worked under Wills, took some time out from her book Slaughterhouse to describe him, and it’s not pretty.

Wills’s legacy at HSUS is substantial. According to Animal People News, it was Wills who persuaded HSUS to hire future president Wayne Pacelle (his old college roommate) away from the anti-hunting Fund for Animals in 1994.

Wills was also a close friend of mob and Ku Klux Klan lawyer DeDay Larene. (Larene’s wife worked for Wills at the Nashua Humane Society, and later followed him to HSUS.) Wills testified on Larene’s behalf at his 1994 sentencing hearing. Larene would later perform his court-mandated community service at HSUS, following a one-year prison term for helping mafia kingpin Joey Giacalone conceal $410,000 from the IRS.

Wills eventually founded an organization called the International Foundation for the Conservation of Natural Resources (IFCNR)—a group that, ironically, traded on Wills’s inside knowledge of the animal rights movement to help corporations do battle with HSUS. IFCNR received six-figure donations from commercial stakeholders in the fur industry.

More recently, David Wills supervised the construction of what was supposed to be the world’s largest shrimp aquaculture operation. It was later scrapped after investors poured more than $42 million into the operation’s “pilot” phase. Complaints emerged during construction about the shrimp farm’s impact on environmentally sensitive beaches in South Africa; its electric power demands were reported to be greater than that of the entire Nelson Mandela Bay/Port Elizabeth municipality. A Saudi Arabian marine company also accused Wills’ company of lying about having a contract to develop a prawn-farming site.

Wills maintains a website with his side of the story. In essence, he attacks Irwin and claims an internal conspiracy at HSUS to oust him, but still admits regarding the embezzlement charges that he “ended the legal nightmare by pleading to one count of fraudulent use of funds in the amount of $17,500.”

How could HSUS have hired Wills in the first place? Shouldn’t Hoyt have seen the red flags by that point? In retrospect, it may be that Hoyt, with his own financial scandal looming large, set an unusually low standard for HSUS’s employee culture.