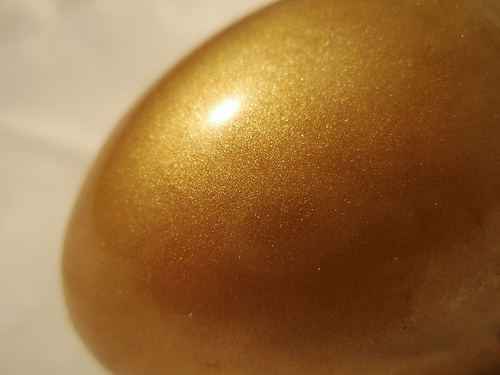 If you've been following this blog since it launched six weeks ago, you're already aware that the Humane Society of the United States shares less than half of one percent of its budget with pet shelters. And you know that HSUS fundraisers in New York and California aren’t exactly shining examples of efficiency. But there's yet another HSUS scandal lurking beneath the surface.

HSUS puts some serious money every year into pension plans for its executives. Since 2004 (when “Humane Wayne” Pacelle took over), the HSUS pension slush fund has grown by more than $8.5 million. Instead of helping dogs and cats in pet shelters, that money will be fattening the wallets of HSUS big shots after they retire.

Here are the numbers, from HSUS’s IRS returns:

Here's what frustrates us about this: In 2008, HSUS put five times more money into its pension plans than what it shared with hands-on pet shelters. HSUS higher-ups certainly have found a golden egg, and it’s not even Easter yet.

We wonder how many cats and dogs—like the ones you see in HSUS's television infomercials—could be placed in adoptive homes (instead of being euthanized in an overcrowded pet shelter) with $8.5 million. And we wonder if Wayne Pacelle and the other HSUS executives will consider that while they sip soy-tinis on a beach when they retire.