Missouri to HSUS: 'Show Me' the Protesters? - HumaneWatch 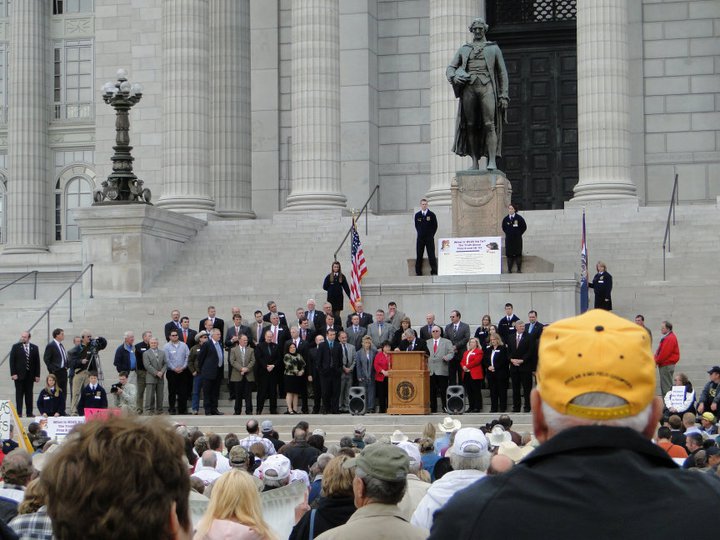 Last week Missouri Governor Jay Nixon announced a compromise solution on reforming “Proposition B,” which narrowly passed last year and sets limits on dog breeding operations. Nixon’s “Missouri Solution” doesn’t roll back the Humane Society of the United States’ ballot-grab as much as the legislation which is already sitting on his desk, but it does allay some of the concerns that made Prop B so divisive and controversial.

Importantly, this new compromise has the support of Missouri farmers and the Humane Society of Missouri. HSUS, predictably, opposes the compromise.

Farmers showed up more than 1,000-strong. But for an organization that claims it has 300,000 supporters in Missouri, HSUS could barely produce one hundred warm bodies.

According to the Columbia Missourian, only about 100 HSUS supporters showed up to object to Governor Nixon’s compromise. And judging from a YouTube video shot by someone on the scene, 100 is a charitable estimate. (The Carthage Press, a Southwest Missouri newspaper, reported that HSUS’s rally “only drew a few dozen attendees.”) 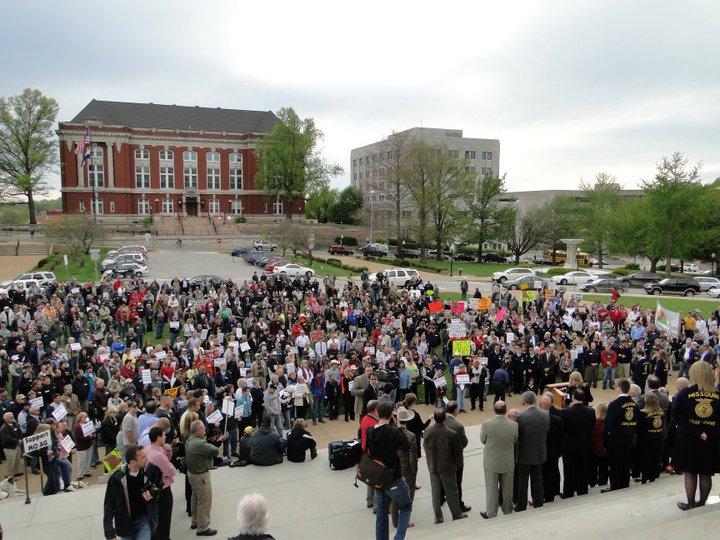 In contrast, a sea of people (St. Louis Public Radio reported “several hundred”) came to show support for animal agriculture. Other witnesses have described the crowd as between 1,000 and 1,200 Missourians—and homegrown Missourians led the pro-ag rally.

It should be expected that Missouri farmers would have a significant amount of Missouri support. But both rallies were held in Jefferson City, an area where voters approved HSUS’s Prop B. (The measure was crushed in rural areas.) The fact that so few of those urban voters showed up to a relatively convenient location speaks volumes. The low turnout was a huge embarrassment for HSUS. 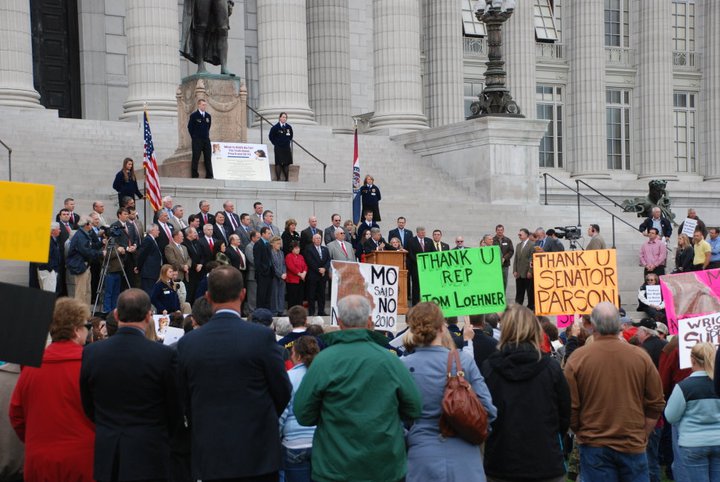 But several months after the election, farmers and other HSUS opponents are still fired up. HSUS had a chance to show politicians last week that it could do more than simply pour out-of-state money into local politics. On this count, it failed miserably.

It’s easy to get voters to check a box for a measure that’s marketed with pictures of puppies. But it’s harder to generate genuine grassroots support for a mission that touches people’s lives and livelihoods. It’s clear that while HSUS won the November election battle (however narrowly), it’s losing the war with fired-up farmers.