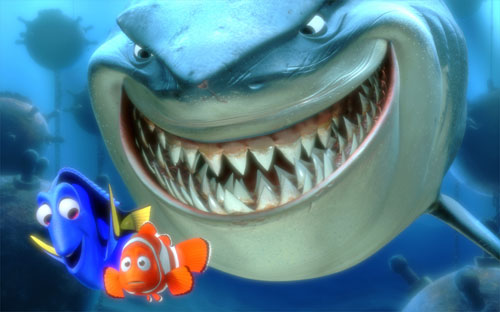 The United Nations reports that globally, the human race catches (and kills) about 750,000 metric tons of sharks and other closely related ocean species every year. And only a tiny fraction of that activity happens in the United States. So why is the Humane Society of the U.S. carping about a recreational shark-fishing tournament in Massachusetts that only netted 14 of Jaws's relatives last year?

Here’s what the Cape Cod Times writes this morning about the 24th annual Monster Shark Tournament, which kicks off tomorrow in the coastal town of Oak Bluffs:

The tournament rules allow fishermen to capture only mako, thresher and porbeagle sharks. Because fishermen are required to release all mako sharks weighing less than 200 pounds and all porbeagle and thresher sharks below 250 pounds, each boat gets a chart to estimate each shark’s weight based on its length …

Last year, with all the “brouhaha,” 130 vessels fishing for two days brought 14 sharks home, [tournament organizer Steven] James said. “Does that sound like a blood bath in Oak Bluffs?”

He added that fishermen tag dozens of sharks during the event, making the event invaluable to scientists who also collect biological data from the carcasses.

Could it be that HSUS is actually standing in the way of shark conservation work? Color us shocked—shocked!

HSUS isn’t stupid. They understand full well that 14 sharks caught off of Cape Cod don’t amount to a hill of beans in the bigger picture. And this fishing contest has nothing to do with HSUS’s longstanding (and quite possibly valid) complaints about the international trade in shark fins. So why send an HSUS vice president to raise a ruckus on the docks? 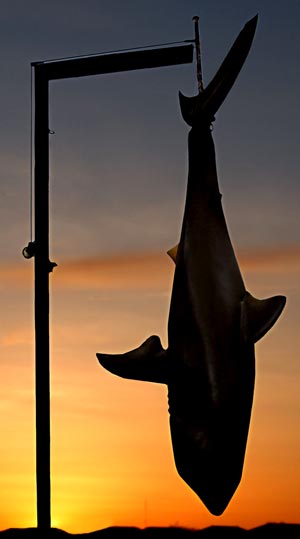 It certainly isn't out of a reasonable fear about the future viability of shark stocks. Just ask an ocean biologist. The Cape Cod Times did:

“I know sports fishermen get a bad rap, but these guys don’t want fish to disappear because then their sport will be gone,” said fisheries biologist Dr. Lisa Natanson, who will dissect sharks this weekend to gather information on their reproductive condition, stomach content and age of growth.

“They want to keep fishing.”

Natanson, who works in the highly migratory species division of the National Marine Fisheries Service, added that information collected at the event ultimately aids the conservation process by helping to determine whether sharks are in danger.

HSUS also knows—or at least should know—that Steven James (the organizer of this shark-fishing tourney) is a serious conservationist. James even serves on the National Marine Fisheries Service’s official Highly Migratory Species scientific panel. (Is there a single animal rights activist on that committee? Nope.)

Very little of this makes sense. HSUS has already been body-slammed by the National Oceanic and Atmospheric Administration, which recently chose to ignore the group’s request to list a shark species as “endangered.” (It’s not.)

Of course, there’s always the horribly cynical view that the Humane Society of the United States (and its insolvent overseas offshoot, Humane Society International) are trying to complain loudly enough to turn this into a helpful fundraising hook. Sad but true, that’s the only rational explanation at this point. But our guess is that, through its tag-and-release system for small-fry catches, the Monster Shark Tournament will accomplish more to advance the global conservation of sharks than HSUS will ever do.