The Most Meaningless Scorecard of the Year - HumaneWatch 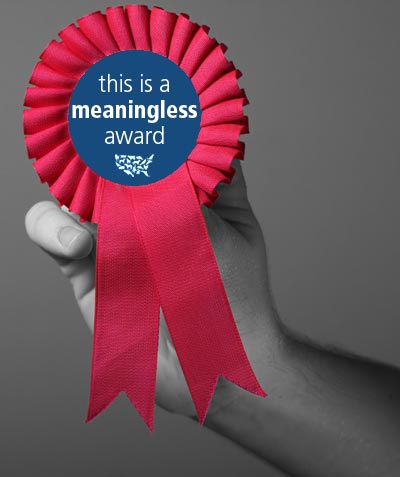 This week the Humane Society of the United States issued its 2010 “Humane State Ranking” report. This is an update of HSUS’s first such report (its 2009 rankings), released in February of this year. California came out on top. But don't get cocky, you west-coasters. This whole HSUS ranking system smells like last week's tofu.

When HSUS's first report came out, HumaneWatch was still 10 days away from launching, so we didn't address it. And besides, HSUS’s arbitrary 65-point ranking system seemed, well … arbitrary.  It read more like an HSUS lobbyist’s wish-list than an animal protection index, since it didn’t take into account laws that HSUS found inconvenient to its command-and-control mission.

Now that a second set of rankings is out, it appears even more foolish to allow this animal rights group to determine which states are (and are not) serious about animal welfare. It’s especially instructive to look at what happened in the intervening months with an eye toward how the rankings have—or haven't—changed.

How arbitrary are HSUS’s standards? You can see all 65 benchmarks in either half of the two-part state-by-state list HSUS published yesterday. (See here or here.)

Reading through the list, you’ll learn that while “egregious” acts of animal cruelty can be prosecuted as a felony in Nevada, that state doesn’t have a felony “first offense” penalty. Tsk, tsk. Points off for that horrible, horrible lapse.

Similarly, any state that permits bear hunting—even New Jersey, where bears regularly threaten the lives of people—loses a point. The same goes for any state that doesn’t prohibit hunting on Sundays. (We’re scratching our heads over that one.)

HSUS deducts points from states that allow pet shelters to euthanize animals in gas chambers. But that didn’t stop HSUS from sending animals to one such gas-chamber-equipped shelter just this month. HSUS also downgrades states that don’t require inspections of dog breeders—even though that’s the province of the U.S. Department of Agriculture.

HSUS penalizes states that don’t prohibit fur farmers from using certain rather gruesome (and outdated) methods of slaughter. Even if your state doesn’t have any fur farms, and therefore doesn’t need such a law, it still loses a point.

You won’t, however, find any points awarded for animal-protection laws that HSUS doesn’t like. For instance, approximately 10 states have followed Ohio’s lead in creating statewide boards to ensure the humane treatment of livestock animals. That doesn’t appear anywhere in HSUS’s report—probably because icky “farmers” have a greater say in the outcome than (presumably morally superior) animal rights activists.

The most interesting thing about these ratings is how they’ve shifted over ten months. In short, they’ve hardly budged. Missourians may be surprised to learn that despite all of HSUS’s focus on “Proposition 2”—and despite its narrow passage—Missouri actually dropped one place in the national rankings since February (from #43 to #44).

More to the point, just ten weeks ago Wayne Pacelle was telling Missourians that HSUS was only interested in targeting “puppy mills.” Yep—Even though “Prop B” redefined a “pet” as “any domesticated animal normally maintained in or near the household of the owner thereof” (a definition wide enough to include cows, pigs, and chickens), we were all being paranoid:

Pacelle also addressed the concerns of the Missouri Farm Bureau that his organization will use Prop B to go after all animal agriculture.

“It is just a fear-based argument,” Pacelle countered. “And people should read the measure, read Prop B. The only animal mentioned in prop B is a dog.”

Paranoid? Today HSUS is complaining that Missouri “has no protections for animals in factory farms.” (“Factory farm” is HSUS’s preferred epithet for agriculture involving more animals than people.)

And if Missouri livestock really have “no protections,” someone must have repealed this Missouri law, and this one (and, yes, this one too) while we weren’t looking.

So let’s sum it up: HSUS narrowly sold Missourians on a pet law, insisted it had no designs on livestock laws, and then demoted the state in its rankings—justifying the demotion with a complaint that Missouri farm animals had no legal protections. Which itself is a load of manure.

Such glaring inconsistencies are standard stuff for HSUS and Wayne Pacelle, it turns out. Two weeks ago, Pacelle crowed about his ten favorite state-level “victories” from this year. They included nine laws passed in eight states. Two of those states (#1 California and #35 Alaska) saw their HSUS ranking remain unchanged after these "victories." Another three were actually downgraded, including #44 Missouri and #45 Hawaii (previously tied for #43), and #16 Florida (previously #14).

Florida was home to two of Pacelle’s top ten, yet it won no new points and dropped in HSUS's rankings. This has to make any reasonable observer conclude that this whole exercise is arbitrary (there’s that word again) and essentially meaningless.