Thanks to a certain celebrity collie for providing the inspiration for this successor to our February five-billboard installation. (If you missed that one in Times Square, you can view it here.)

Click on the images to enlarge. Our press release is below, after the jump. 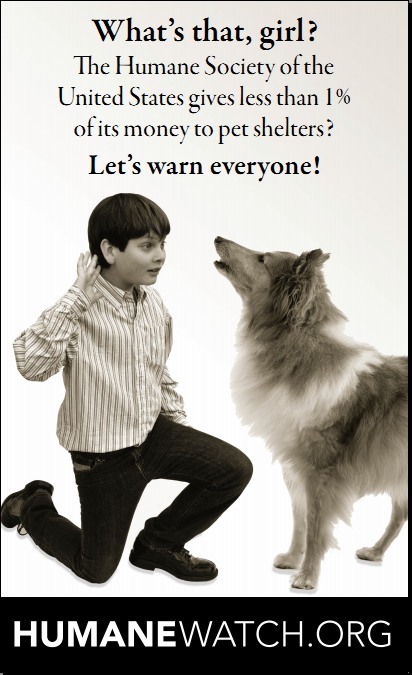 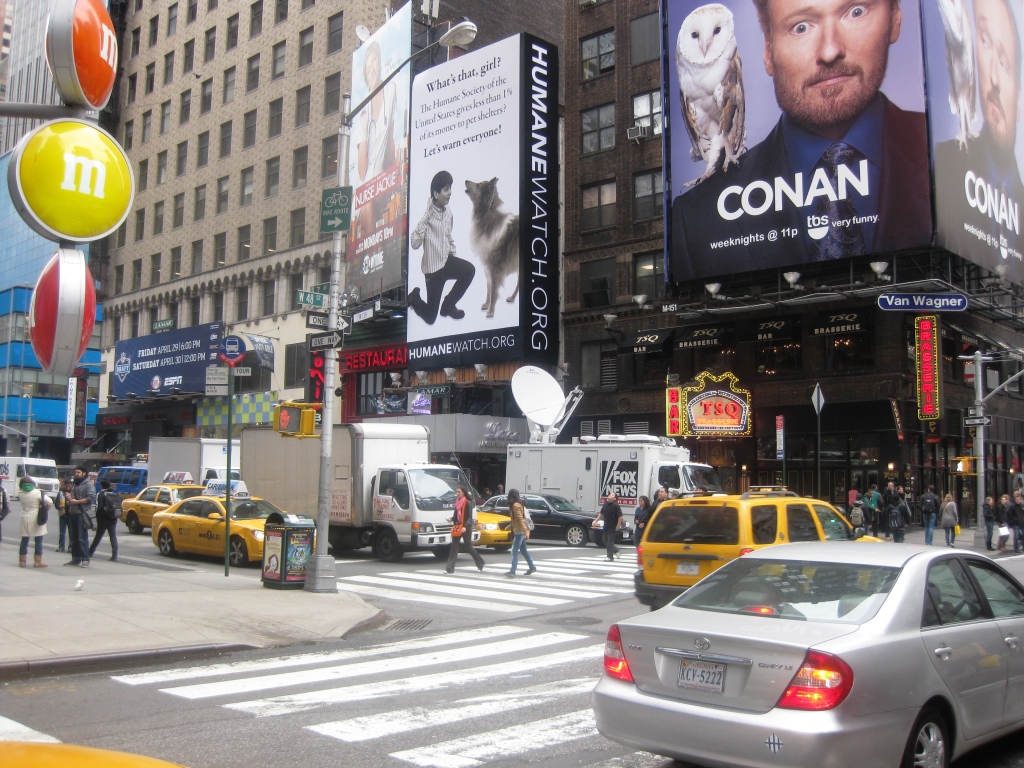 Washington, DC – Today HumaneWatch.org, a project of the nonprofit Center for Consumer Freedom (CCF), unveiled a new billboard in New York’s Times Square criticizing the Humane Society of the United States (HSUS) for its deceptive fundraising practices. Despite most Americans’ belief to the contrary, HSUS is not a national umbrella group that represents community-based humane societies, and it shares less than one percent of its income with underfunded pet shelters at the local level.

The billboard is located at Seventh Avenue, between 48th and 49th Streets. Its unveiling coincides with HSUS President Wayne Pacelle’s scheduled April 21 New York City appearance to promote his new book, The Bond. The HumaneWatch ad features a young boy shocked to hear from the family pet that HSUS gives less than one percent of its money to hands-on pet shelters.

“HSUS is an animal rights group that uses heart-wrenching images of dogs and cats to guilt the American public into donating. But it’s sharing less than one percent of the proceeds with the hands-on shelters that actually care for these animals,” said Rick Berman, CCF’s Executive Director. “HSUS’s millions support a huge staff of lawyers and lobbyists, bloated executive pension plans, exorbitant fundraising expenses, and bankroll an animal rights agenda that attacks modern farming.”

HSUS raised $97 million in 2009, mostly from Americans who thought their donations would filter down to local pet shelters. According to Opinion Research Corporation polling, 59 percent of Americans falsely believe HSUS “contributes most of its money to local organizations that care for dogs and cats.”

“The Humane Society of the United States is a humane society in name only,” continued Berman. “Americans can really make a difference to animals in their communities by donating and volunteering at their local shelters.”