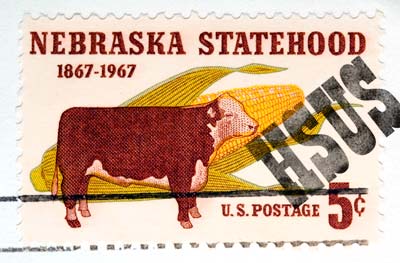 A long-brewing Nebraska political fight may have finally reached its boiling point.

Humane Society of the United States President Wayne Pacelle—a lobbyist whose animal rights organization does not represent local “humane societies”—visited Nebraska for a “town hall” meeting in November, claiming that HSUS is not planning a ballot initiative there. Governor Dave Heineman then reassured Nebraskans that his state would beat HSUS in a political fight, and HSUS responded by commissioning a “push poll" against him. Last week, Heineman said HSUS’s state director told him HSUS is indeed thinking about a Nebraska ballot fight.

Meanwhile, Nebraska legislators are not waiting for HSUS to make the first move. Freshman Senator Tyson Larson recently introduced LB 305, a bill to create a state-level meat inspection program. (Twenty-seven other states have such a system.) Larson’s bill passed 35-1 yesterday in an amended form that commissions a study to justify the action.

The meat-inspection issue is deeply enmeshed with HSUS-backed efforts to stop horse slaughter in the United States. HSUS succeeded in 2007 when Congress de-funded USDA inspections at horse-slaughter facilities. Since then, the number of unwanted, suffering horses has increased dramatically, and horses are sent in increasing numbers to Mexico where animal welfare standards are anyone’s guess. In other words, HSUS’s attempt to curb animal cruelty has arguably increased it.

During last week’s floor debate on LB 305, state Senator Tom Carlson talked frankly about HSUS, telling it like it is. Here’s a snippet from his remarks, courtesy of Brownfield Ag News: