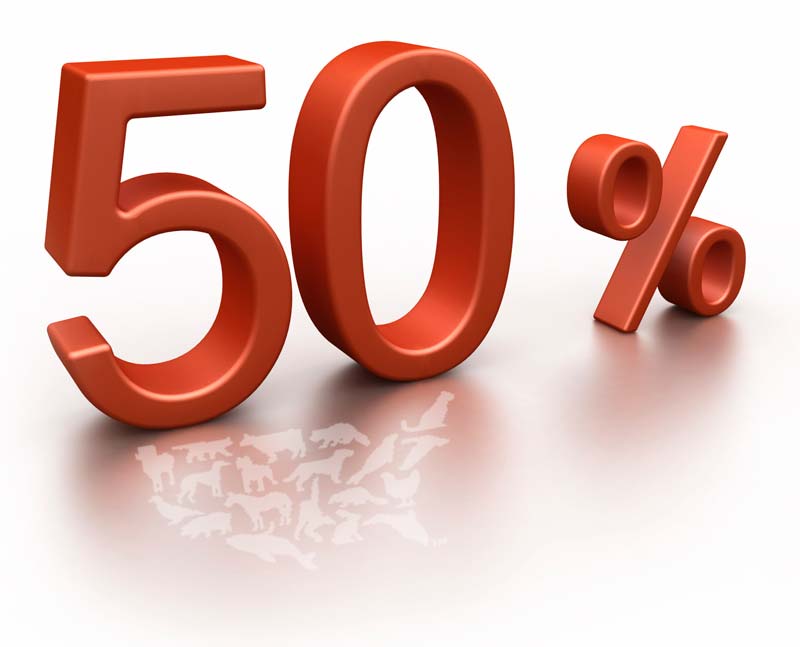 As the Humane Society of the United States attracts scrutiny from a growing number of Americans, it’s also drawing criticism from charity watchdogs. We’ve already shown you how the American Institute of Philanthropy (which runs CharityWatch.org) downgraded HSUS and the HSUS-run Fund for Animals this year to overall grades of “D.” (Those abysmal “D” grades were re-issued again this week.) And that was after Charity Navigator, reacting to HSUS’s high fundraising costs, gave it just one star (out of four) for efficiency. HSUS’s global arm (Humane Society International) received an overall one-star rating too.

When AIP first issued its “D” grade to HSUS in July, the organization determined that HSUS’s fundraising costs ranged as high as 49 percent, meaning it can costs HSUS (or really, the Americans who donate to HSUS) as much as 49 cents to raise every dollar.

We joked yesterday that one of HSUS’s many front groups may have to invent its own charity rating service, since that’s the only way it’s likely to get straight-“A”s. But it seems the animal rights movement already has a professional charity evaluator. And its assessment of HSUS is equally unflattering.

Animal People News, the unofficial newspaper of the animal rights movement, publishes a yearly “Watchdog Report” on U.S. animal charities. (Click here to order a copy.) The 2010 edition of this report covers 156 animal-protection organizations, including the Humane Society of the United States and its affiliates. (Click here to see the write up on HSUS.)

Like AIP, Animal People digs beneath the surface in an attempt to see through any accounting games charities play. The goal, after all, is to figure out how much of a nonprofit group’s money is really being spent on fundraising expenses, not how much the group says it’s spending.

The most common trick is to describe some fundraising costs as “program” expenses in order to hide the ball. If a four-page fundraising letter only asks for money on Page 4, for instance, some charities call it 75% “communications” and just 25% “fundraising.” Never mind that the whole purpose of the letter is to raise funds. A 75-25 split looks better in a tax return.

Most charity monitors agree that charities should spend at least 65% of their budgets on programs, excluding direct mail appeals. This standard is stricter than IRS rules, which allow charities to call some direct mail costs “program service” in the name of “public education.” The % column in our tables states each charity’s fundraising and administrative costs (“overhead”) as declared to the IRS. The ADJ (for “Adjusted”) column states those costs as they appear to be, if we ask of each mailing, “Would this have been sent if postal rules forbade the inclusion of a donor card and a return envelope?” If the answer is no, mailing should properly be considered “fundraising” and not “program.”

When Animal People applied this real-world adjustment to the Humane Society of the United States’s 2008 tax return, it determined that 50 percent of HSUS’s expenses are actually “overhead,” not 29 percent as HSUS claims.

That’s an embarrassing level of bloat and bureaucracy.

At one time HSUS had a partnership with pet shelters in many states, through which the shelters kept the bigger portion of a 60-40 fundraising split. And you may recall that we’ve challenged HSUS CEO Wayne Pacelle to devote 50 percent of his group’s budget to directly supporting pet shelters. It appears that HSUS can (literally) no longer afford to embrace either of these very sensible arrangements.

We’ve always though HSUS’s fundraising ads ought to come with a disclaimer acknowledging that “HSUS is not affiliated with local humane societies, and only 1 percent of your donation is shared with hands-on pet shelters.”

Now add to that: “Half of your donation will go to raise more money, pay salaries, and fund our pension plan.”

UPDATE: One astute reader reminds us that HSUS has already set a $1.2 million fundraising target for the holiday season. That translates to a whopping $600,000 in wasteful overhead spending.