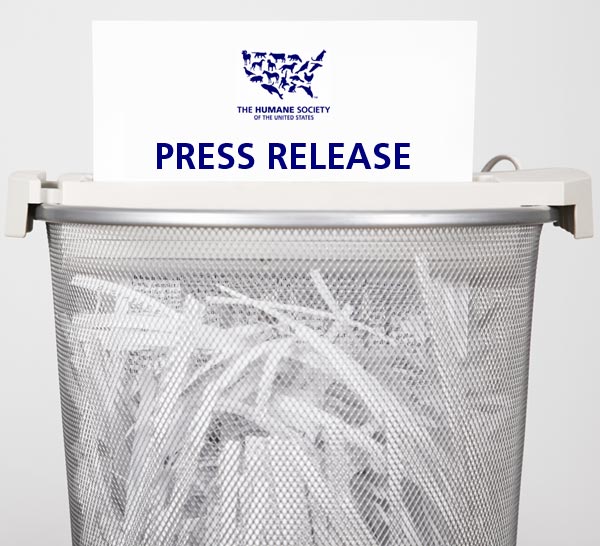 A few weeks before Christmas, something truly strange happened: The Humane Society of the United States conducted an apparently charitable animal rescue, and then proceeded to delete all traces of its self-congratulatory press release from the Internet. Trouble in pet-shelter paradise? Let’s take a look.

(First, a little credit where credit is due: We wouldn’t know about this case if it weren’t for Shirley, who blogs at http://yesbiscuit.wordpress.com. She’s a gifted writer with a nose for research and a passion for animals. Highly recommended.)

On December 8, the Gaston Gazette in Gastonia, NC reported that HSUS had “transported 10 rescued dogs to the Lincoln County Animal Shelter.” Two things made this unusual. First, the dogs were rescued from Alabama, not North Carolina. Second, the Lincoln County Animal Shelter has a very high animal “kill rate”—and it uses a gas chamber to euthanize unwanted dogs, a gruesome method of which HSUS itself has been quite critical.

(Dec. 8, 2010) – The Humane Society of the United States transported 10 dogs rescued from Alabama to Lincoln County Animal Shelter. These dogs, mostly retriever mixes, are among 44 rescued by The HSUS from poor conditions in Marshall County, Ala. The owner surrendered the dogs when she became overwhelmed and could no longer properly care for all of the animals.

“These dogs are already starting to warm up to their new caretakers at the shelter and want nothing more than to be part of loving homes this holiday season,” said Ashley Mauceri, deputy director of cruelty issues for The HSUS. “Please consider visiting the Lincoln County Animal Shelter and giving one of these resilient dogs a second chance at a happy life.”

Please reach out to the Lincoln County Shelter directly to find out how you can adopt one of these dogs.

“Because we were asked to. We were doing a favor for the Humane Society of the U.S.” …

Kerley said he is hopeful that the dogs will be adopted but admits that they may be gassed to death if they are not adopted, even though the Humane Society of the United States deplores putting pets in the gas chamber.

This story keeps getting weirder and weirder.

Before we go any further, let’s be clear about one thing: The circumstances from which these Alabama dogs (44 in all, including the 10 relocated to North Carolina) were rescued was probably quite bad. This was a “hoarding” situation. No one should be happy about it.

But HSUS swooped in and took ownership of those animals, so it’s fair to ask what happened to them and why. With a $120 million budget, HSUS could clearly have afforded to find these animals “forever homes” if it wanted to.

So what of their condition? Some of the new arrivals from Alabama that Lincoln County Animal Services listed on Petfinder (examples here and here) look to be in remarkable health compared to other animals we’ve seen rescued from hoarders.

Oh—and despite the fact that they’re still both listed as “available for adoption,” both of these animals are already dead. Euthanized in Lincoln County’s gas chamber, days ago. 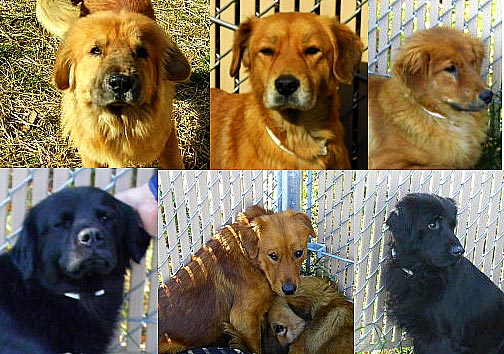 This is where the line between HSUS fiction and HSUS reality starts to blur. On December 8, HSUS’ press release (now MIA) claimed that the dogs were “are already starting to warm up to their new caretakers”—in other words, success! But yesterday in comments posted on an article at The Examiner, HSUS’s Sarah Barnett wrote the following:


The 44 chow x retriever dogs in the back yard were unsocial, inbred, unvetted, unaltered and although were being provided with food and water to the best of the owner abilities, were in fact injuring and killing each other. They were loose in a large fenced area and had developed true pack behavior …

It is our understanding that one of the dogs bit a caregiver and one shut down and was not responding to care. Since there have now been allegations of wrongdoing at the shelter, the dogs have been moved. We cannot substantiate any of the allegations, however.

So … failure? Could this be why HSUS scrubbed its initially sunny press release?

Or is this just par for the course for HSUS? Shirley’s “YesBiscuit” blog reprints the entirety of Barnett’s comment, along with a nearly verbatim (but longer) second version from HSUS Alabama State Director (read: lobbyist) Mindy Gilbert.

Shirley also reprints an e-mail she received from PAWS Atlanta, which also received 10 of the dogs HSUS pulled out of Alabama. That organization’s representative depicts pretty much the opposite of the aggressive dogs Barnett describes as “injuring and killing each other”:

The dogs were very timid upon arrival, though all of them were exceptionally sweet and kind-hearted.  They are quickly coming out of their shells.

It’s worth noting that PAWS Atlanta is the same nonprofit rescue that was critical of HSUS’s fundraising tactics in a 2009 WSB-TV report that HSUS subsequently tried to “scrub” from the Internet (just like its December 8 press release).

How many of these dogs will survive? Where are the other two dozen? Nobody knows. Shirley is keeping tabs here and here. Her summaries are well worth reading for anyone who’s curious about HSUS’s priorities.

Some months ago we pointed out a major requirement of HSUS’s Bylaws:

Which is this? Does HSUS define “immediate relief of suffering” as fast-tracking homeless dogs to the quickest death possible? The alternative—that this episode is an example of good “humane education”—makes equally little sense.